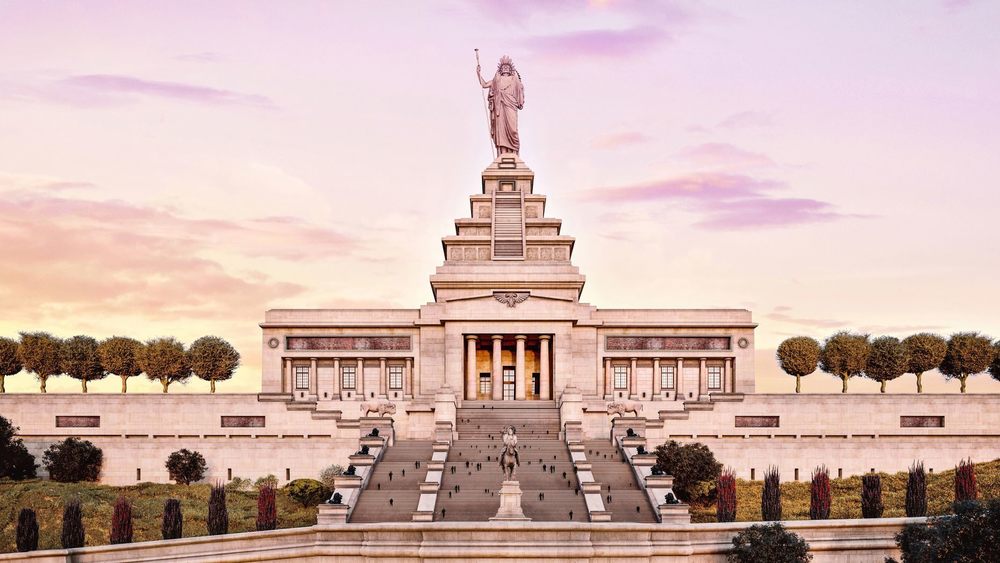 (2 of 5) America’s amazing mega-monuments… that were never built. From the Statue of Liberty to the Lincoln Memorial, America is home to many of the world’s best-known monuments. But a host of other incredible monumental structures were designed but never built – here’s a glimpse into the U.S. monuments that could have been. CashNetUSA commissioned NeoMam Studios to create digital renderings of what the monuments would have looked like.

The monument to Native Americans was approved by Congress and President Taft, according to NeoMam, and officials broke ground on the Staten Island site in 1913.

The structure would have included a museum complex built in the Egyptian Revival style topped by a 70-foot pedestal in the form of a neo-Aztec pyramid. A 60-foot bronze Native American would have stood on top of the pyramid.

The advent of World War I, however, marked the beginning of the end for the memorial and the plan was ultimately abandoned.

If constructed, the memorial would have stood at what is now Fort Wadsworth National Park near the Verrazano Narrows Bridge. The New York Post reports that there have been calls for President Trump to revive the memorial plan.

MONUMENTS THAT WERE NEVER BUILT