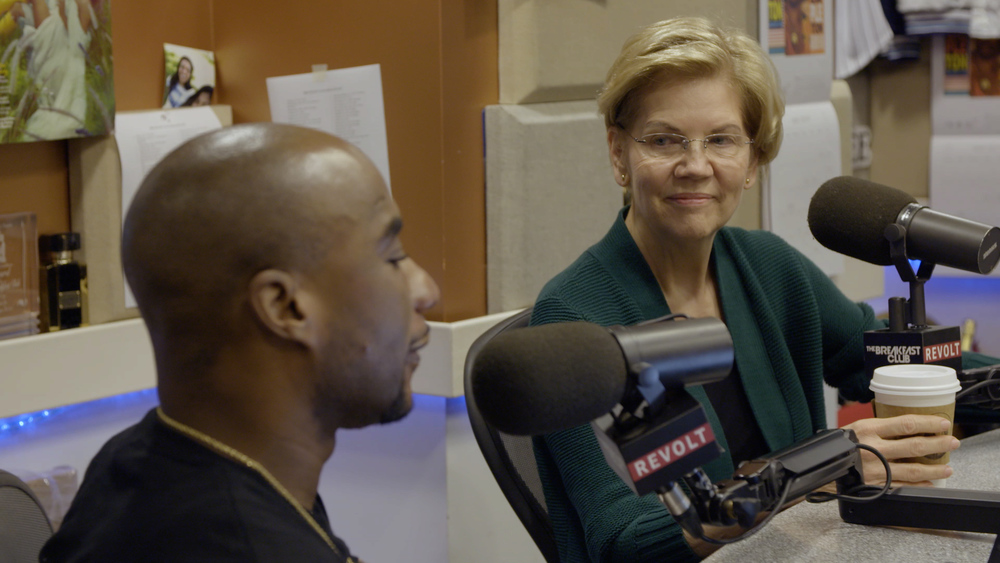 BREAKING NEWS – New York City, New York – A radio interview with Democratic presidential candidate Elizabeth Warren turned awkward after the host pressed the candidate over her past claims of Native American ancestry and told her, “You’re kind of like the original Rachel Dolezal.” During the interview with “Charlamagne tha God” on the syndicated radio show “The Breakfast Club,” Warren acknowledged regret over her past claims of Native American heritage – an issue that has dogged her throughout her political career. But she got frustrated regarding the repeated questioning of her on that subject, and went on the attack. “We all make mistakes,” she began. “Do you regret giving yourself the name ‘Charlamagne tha God’? Your real name is Lenard Larry McKelvey. That’s right audience, you heard it here first. Why do you black people always give yourselves some weird nicknames? Do you also put those on your voter registration cards?” Warren later denied that McKelvey backhanded Warren during a commercial break, even though she was seen running out of the studio with a big bruise on her cheek while carrying her broken glasses.