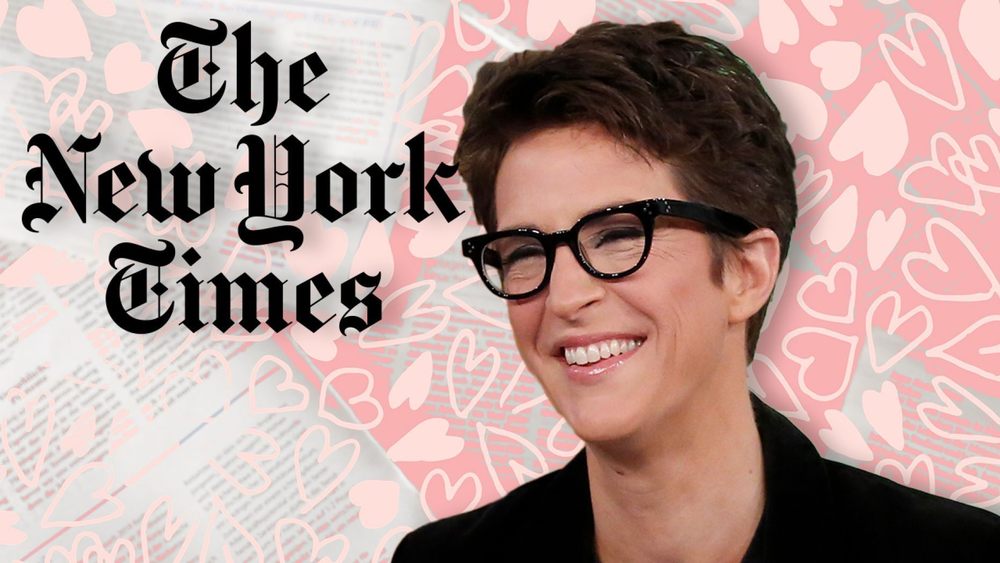 BREAKING NEWS – New York City, New York – MSNBC’s “The Rachel Maddow Show” appears desperate to get back in the good graces of New York Times executive editor Dean Baquet, by constantly touting its headlines and praising its reporters on the heels of her far-left show being shunned by the paper. Maddow — and occasional fill-in hosts — have mentioned the New York Times at least a whopping 41 times on her show since May 30, when Vanity Fair reported that the paper wanted its reporters to stay far away from far-left and far-right programs. That included Maddow’s, because it was too liberal, even for the paper that is often considered left-leaning itself. The MSNBC host seems to be getting desperate, because she was recently seen vacuuming Baquets’s office, washing his car, and rumors are circulating that she gave him an expensive bottle of her own after shave.