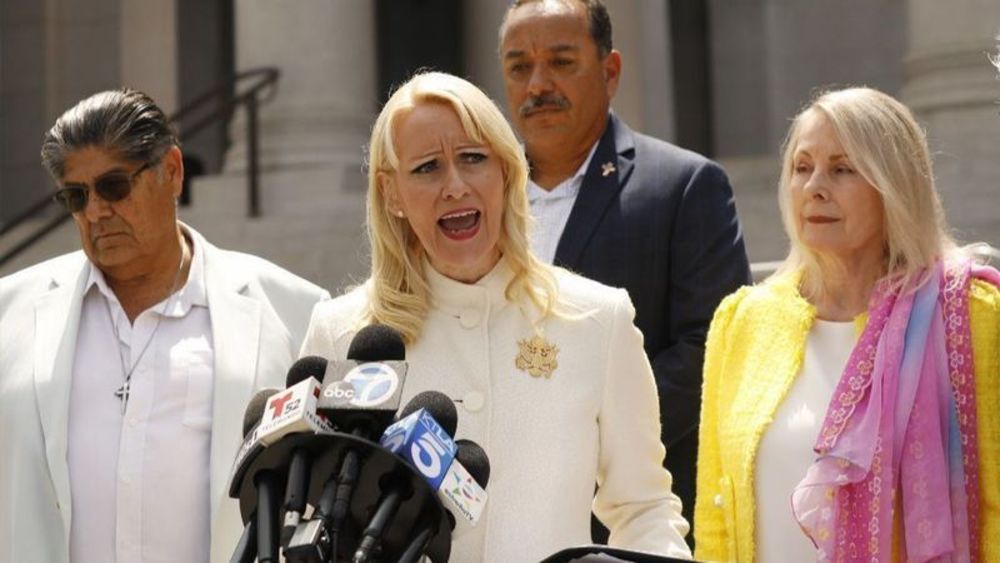 BREAKING NEWS Los Angeles, California – Mayor Eric Garcetti is being targeted for removal from office over his handling of the homelessness crisis. Alexandra Datig, a political commentator and registered Republican who is leading the effort, told reporters at a news conference outside City Hall that the mayor was served with a notice of intent for recall — the first step of a long-shot attempt. “He can’t handle the crisis,” said Datig, who described herself as longtime Angeleno frustrated by the surging number of people living on the street. “He needs to step down.” Congresswoman Maxine Waters had a different take. “This is all Trump’s fault!” she began. “The majority of the homeless people choose to be homeless, so they can be far away from tvs that shows Donald Trump’s crazy speeches. In other words, they’d rather live with disease carrying rats than listen to that maniac. I believe he is in someway linked to the Black Plague, and I’m now demanding a congressional hearing to determine his whereabouts during that epidemic. If he’s responsible, he almost wiped out Europe! Impeach 45!”