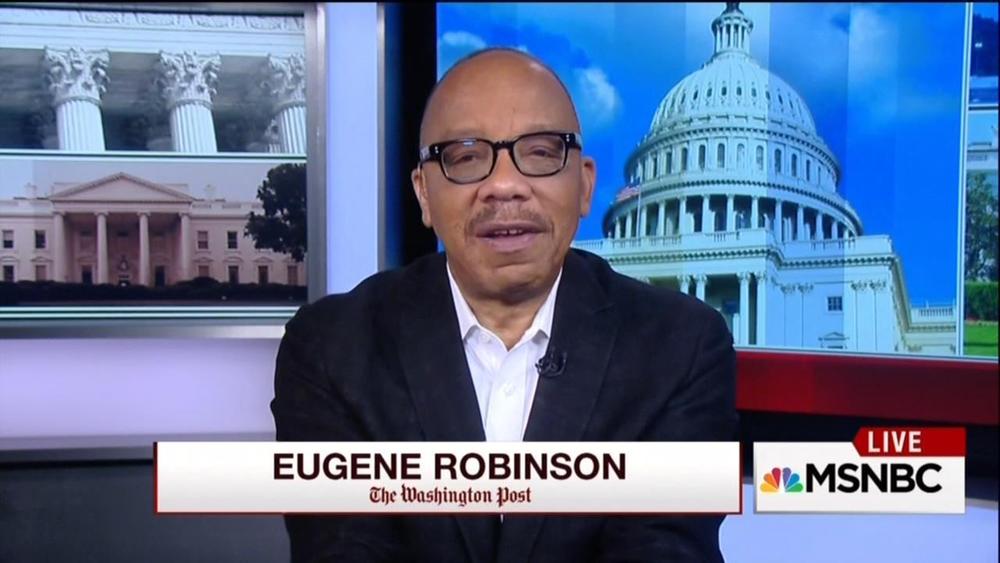 BREAKING NEWS – Washington, D.C. – One Washington Post columnist claims to have figured out what led to some black men supporting President Trump in 2016. Eugene Robinson, during an interview on MSNBC, suggested that despite Trump’s “birther claims,” he was able to win support among black males because of his “bling” and “gangsta” attitude. “I don’t know what that is about,” Robinson said after mentioning black men voting for then-candidate Trump. “It may be a certain sort of faux machismo that he tries to project, it may be all the bling that he so ostentatiously displays, and a certain sort of attitude of gangsta that he tries to show.” He also commented on Hillary Clinton’s 2016 presidential campaign run. “On the other side of the aisle, Hillary Clinton’s most vocal supporters based on her business tactics, political tactics, and lifestyle, was the Mafia, scam artists, and members of the Lizzie Borden fan club.”