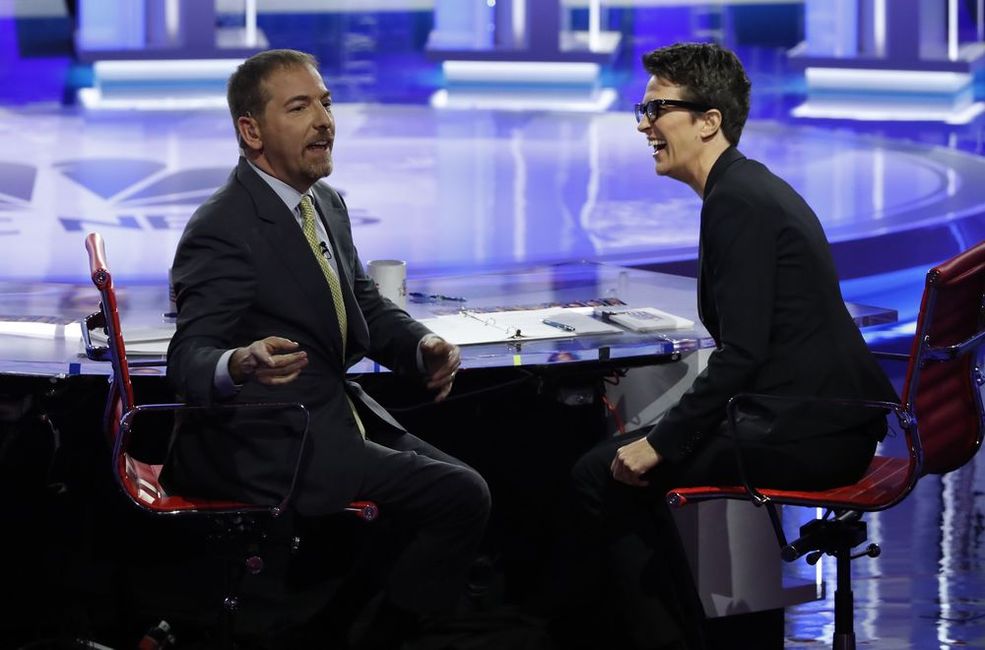 BREAKING NEWS – Miami, Florida – NBC News had a rather embarrassing transition into its second hour of the first Democratic primary debate, confronting technical difficulties that forced them to cut to a commercial break. After moderating the first half of the debate, “NBC Nightly News” anchor Lester Holt, “Today” co-host Savannah Guthrie, and Telumundo anchor Jose Diaz-Balart handed the telecast over to “Meet The Press” moderator Chuck Todd and MSNBC host Rachel Maddow, but things derailed quickly after it appeared that the presidential candidates struggled to hear Todd’s first question. “We are hearing our colleagues’ audio,” Todd exclaimed. “If the control room can turn off the mics… if the control room can turn off the mics of our previous moderators…” However, the damage was done. Lester Holt was overheard saying, “I still believe I had to cover these idiots. I’m going to fire my agent first thing in the morning.” Savannah Guthrie was overheard asking Jose Diaz-Balart, “What do you think about those ten losers, twelve, if you want to include Rachel and Chuck?” Diaz-Balart responded, “Muy estupido!”