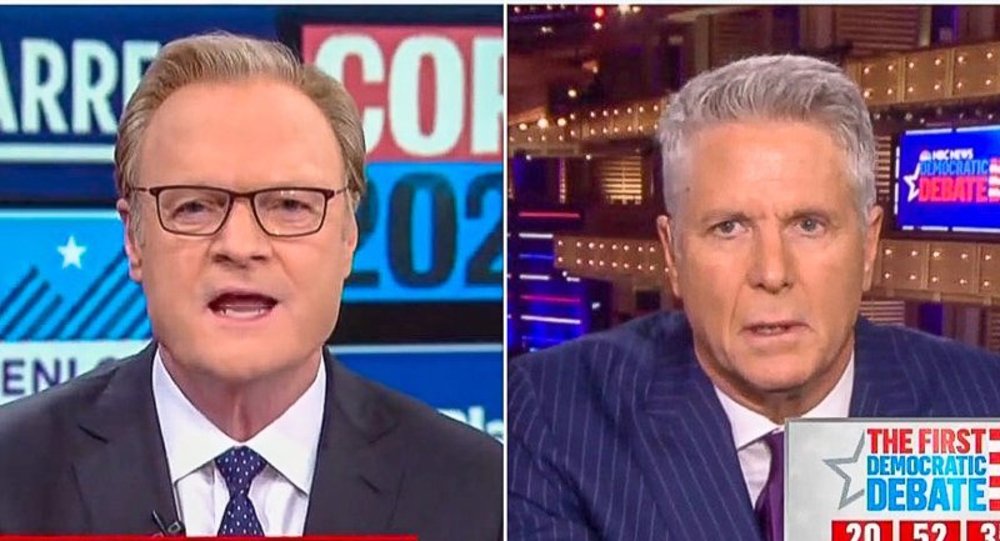 BREAKING NEWS – New York City, New York – MSNBC hosts Donny Deutsch and Lawrence O’Donnell had a fiery exchange Wednesday night over whether any of the 2020 Democratic candidates onstage during the evening’s primary debate can beat President Trump. Deutsch urged the panel not to “shoot the messenger,” but he said he did not believe Sen. Elizabeth Warren, D-Mass., can defeat Trump in a general election.

“If we’re honest with ourselves and we look hard at ourselves, I think a lot of people agree with me,” Deutsch told the panel after MSNBC aired the debate in Miami. “I also think when you can label somebody a socialist, 57 percent of this country thinks that word is un-American. I’m not saying it’s fair. When he [Trump] can blanket Elizabeth Warren as a socialist and he’s onstage with her, the Democrats lose.”

“Let’s just identify this for what it is: pure guesswork a year-and-a-half away,” O’Donnell said. “And so it has, and Donny I say this respectfully, zero value.”

“Don’t tell me it has zero value,” Deutsch shot back. “It’s understanding human behavior. And I guarantee you 90 percent of our audience agrees with me.”

“I don’t care if 100% of the audience agrees with you!” O’Donnell yelled. “You’re not paid as a contributor on this network for coming up with reasonable and intelligent conclusions that makes the democrats look bad and Trump look good! Didn’t you read at your freakin’ contract!” He then slammed his fist on the table, and and began to walk out of the studio while calling Elizabeth Warren some expletives for what he apparently perceived as her having a substandard performance. His last words heard by the audience as he exited were, “Joe Biden better not **** it up!”