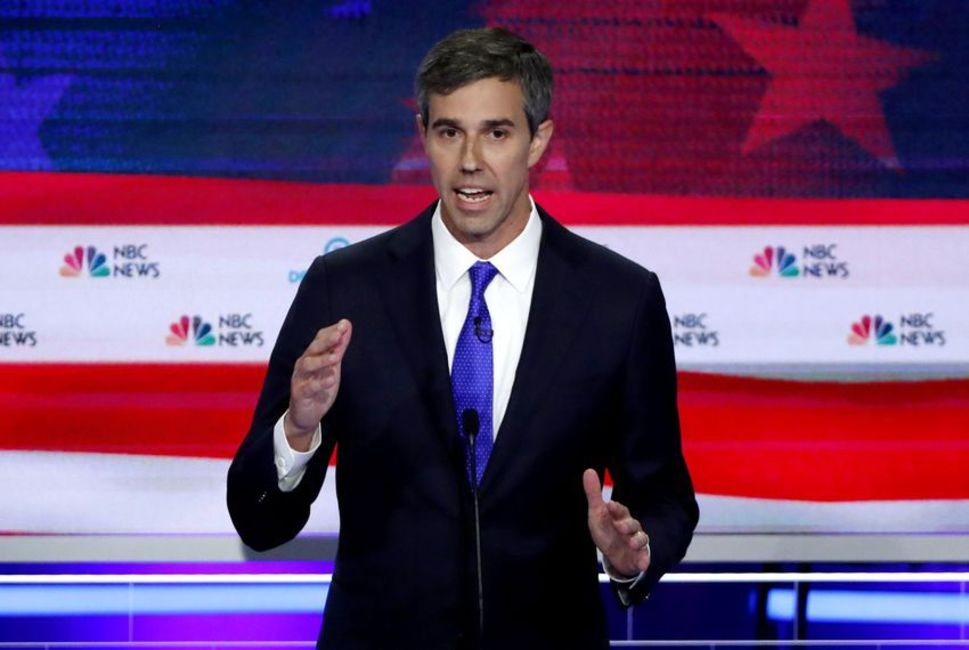 BREAKING NEWS – Miami, Florida – Presidential hopeful Beto O’ Rourke sidestepped a question about tax rates on wealthy Americans during Wednesday’s Democratic debate in Miami and instead spoke at length in Spanish about corporate welfare. NBC’s Savannah Guthrie’s first question to the former congressman from El Paso, Texas, concerned whether he supported high tax rates for some of America’s highest earners. “Some Democrats want a marginal individual tax rate of 70 percent on the very highest earners, those making more than $10 million a year. Would you support that and if not what would your top individual rate be?” she asked. “This economy has got to work for everyone, and right now we know that it isn’t. And it’s going to take all of us coming together to make sure that it does,” O’Rourke said before switching to Spanish. And within a moments he went from Spanish to Old English saying things like “thou should pay more in taxes” and “ye voters”. But things got really tense when he began speaking Ebonics, and he saw Cory Booker ball up his fists. Beto then attempted to de-escalate the situation when he turned to Booker and said, “It’s cool bruh, I don’t want any trouble… bruh.”