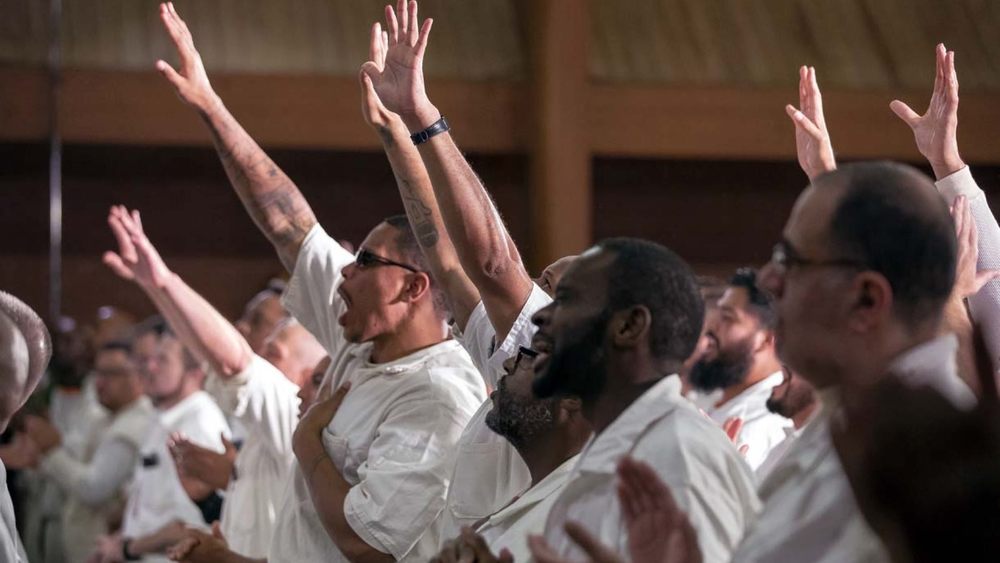 Rival gang members put aside violent past to get baptized together in Texas prison.

A Texas maximum-security prison allowed a church to set up a campus on the grounds to introduce Christianity to the inmates. Gateway Church is performing baptisms, as well.

A Texas megachurch has seen incredible things happen since planting a church inside the state’s largest maximum-security prison six months ago.

But what happened last week was a first in the history of the prison.

The warden at Coffield Unit in Anderson County, which is located about 90 minutes outside of the Dallas/Fort Worth area and houses roughly 4,200 criminal offenders, invited Gateway Church to baptize a handful of inmates in administrative segregation, or solitary confinement, where they spend 23 hours of their day behind solid, steel doors with air holes in them because of how dangerous they are.

Five of the men – confirmed gang or cartel members – were brought into the gymnasium, shackled hand and foot and around the waist, and they had to clear the prison because of safety concerns.

“They couldn’t lift their arms above their waist, each one has a guard on each arm, and wouldn’t leave their side until they were in the water,” Niles Holsinger the Gateway Coffield Prison campus pastor, said.

Three of them were placed on one side. Two men on the other. A field guard told the pastor it was because they were from rival gangs and the only way for them to leave the gangs or cartels is death.

Holsinger spoke to each one of the guys in solitary confinement, each with a violent history.

“I have tried it my way my whole life and it’s gotten me here,” one of the prisoners told the campus pastor. “I want to try it God’s way…we’re going to come out of the water as new men.”

One by one the men were baptized.

“These guys from two different gangs professed the same Lord and were baptized in the same water together and they walked out together, guards not holding onto their arms anymore because God had done something in their life,” Holsinger said.

But it was what he saw afterward that shocked him.

Each of the inmates, dripping with water and fully clothed, were trembling in fear.

“These guys literally know they’re putting their life at risk and they’re doing it anyway,” the campus pastor said. “Never one time in my life have I felt like my decision to follow Christ has put me in danger or discomfort…for these guys to come in and they were so humble and gentle…to see them walking out trembling, they maybe been afraid for their life not knowing what would happen, but they did not regret the decision they had just made. That was mind-blowing to me.”

The remaining 14 prisoners in solitary confinement will be baptized in July and the church is also planning on taking several thousand Bibles to supply the prison for individual and new inmates.