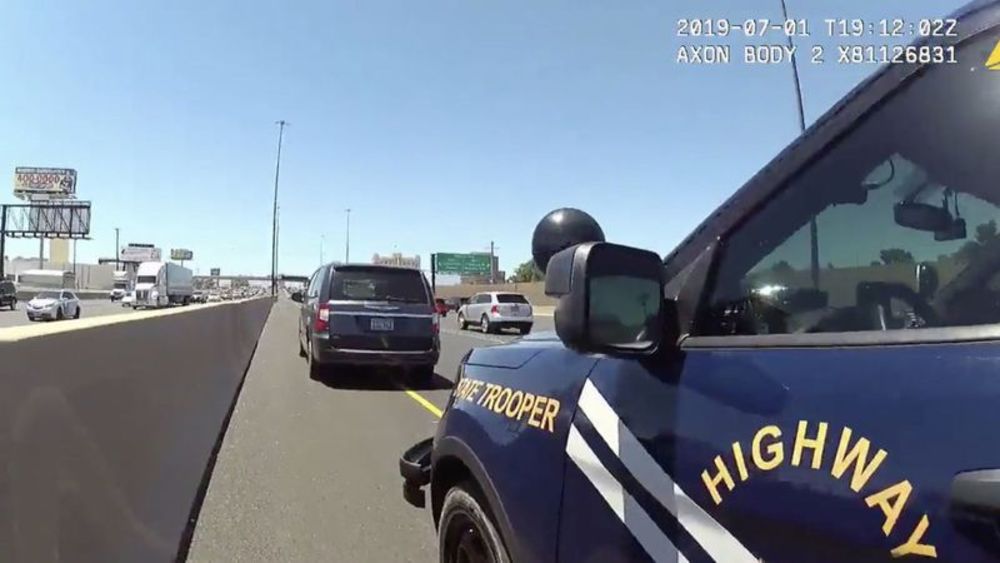 BREAKING NEWS – Las Vegas, Nevada – A mortuary driver who was riding in a Las Vegas carpool lane asked the Highway Patrol trooper who had pulled him over if the corpse he had in the back of his van counted as a passenger, police said. The bizarre traffic stop happened after a Nevada Highway Patrol Trooper noticed the driver of a hearse on Interstate 15 in Las Vegas appeared to be riding alone.The driver, whose identity was not released, asked the trooper whether the body he was carrying in the back qualified as a person.

“He doesn’t count?” the driver reportedly asked, referring to the corpse he was transporting.

“Yes, it’s a person, but they’re they’re not living and breathing,” the Trooper reportedly said. “This body was in the rear cargo and that doesn’t qualify as a seat. Where are you on your way to?”

“To Walgreens,” said the driver. “The corpse in the back has been hacking due to the congestion in his chest, and I was on my way to pick up some Robitussin to help stop his coffin.”

Fortunately for the Trooper, he gained his balance before stumbling down laughing into oncoming traffic.