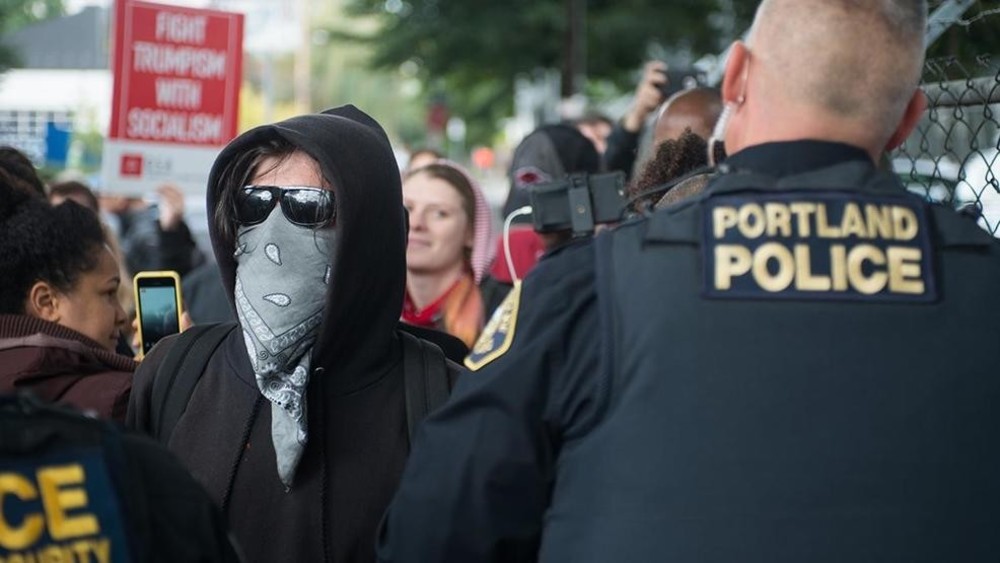 BREAKING NEWS – Portland, Oregon – Authorities are calling for a series of laws to curb violent clashes at demonstrations that include prohibiting masks worn by protesters, giving the city greater control over events organized by groups with violent histories. “We cannot allow people to continue to use the guise of free speech to commit a crime,’’ police Chief Danielle Outlaw said in a news conference addressing last week’s violence when three demonstrations converged downtown. Several people were injured in connection with demonstrations as marchers with an anti-fascist group clashed with conservative protesters, and conservative writer Andy Ngo was assaulted by Antifa members and spent the night in an emergency room. The ACLU is backing Antifa and is promising to lobby against the potential new laws. “What the city is going to try to do is an invasion of privacy,” the civil rights organization said in written statement. “The members of Antifa should be allowed to wear disguises, because if they don’t, it would inhibit their defense during their trials, and secure an easy conviction, which gives prosecutors unacceptable advantages. And secondly, we believe that the new laws would deny Antifa their constitutionally protected freed of expression… through violent unprovoked attacks.”