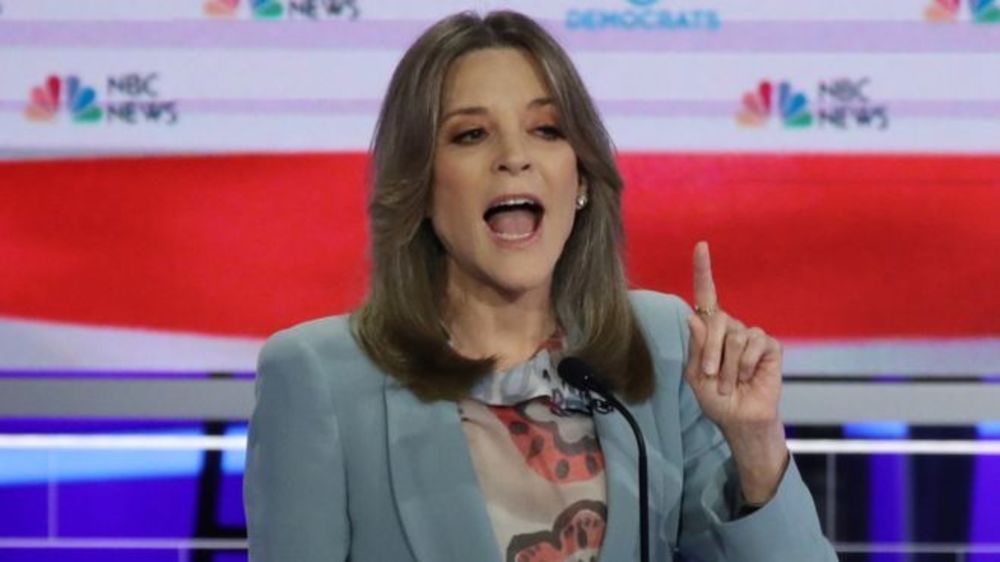 BREAKING NEWS – Washington, D.C. – Marianne Williamson has more than capitalized on the limited speaking time she received during the first round of Democratic presidential primary debates. The best-selling spiritual author and philanthropist has become a political-cultural phenomenon of sorts since her Miami debate. Her charismatic and unconventional performance — including a platform of “love” and a rejection of pesky things like policy details — was a smash on social media. According to Google Trends, she also was the most-searched candidate during the second night of back-to-back debates. “If I make the criteria for this month’s debate, I will continue to pursue the nomination, my way,” she explained. “This time, I will be requesting that my portion of the stage is dimly lit, as I burn incense while I quietly chant. And if I am asked any substantive questions, I will conduct a quick séance at my podium, to contact past dead presidents that I feel will offer me their wisdom sprinkled with love. My misguided fellow democrats often play the race card, whereas I solemnly promise if elected, to only play the tarot card.”