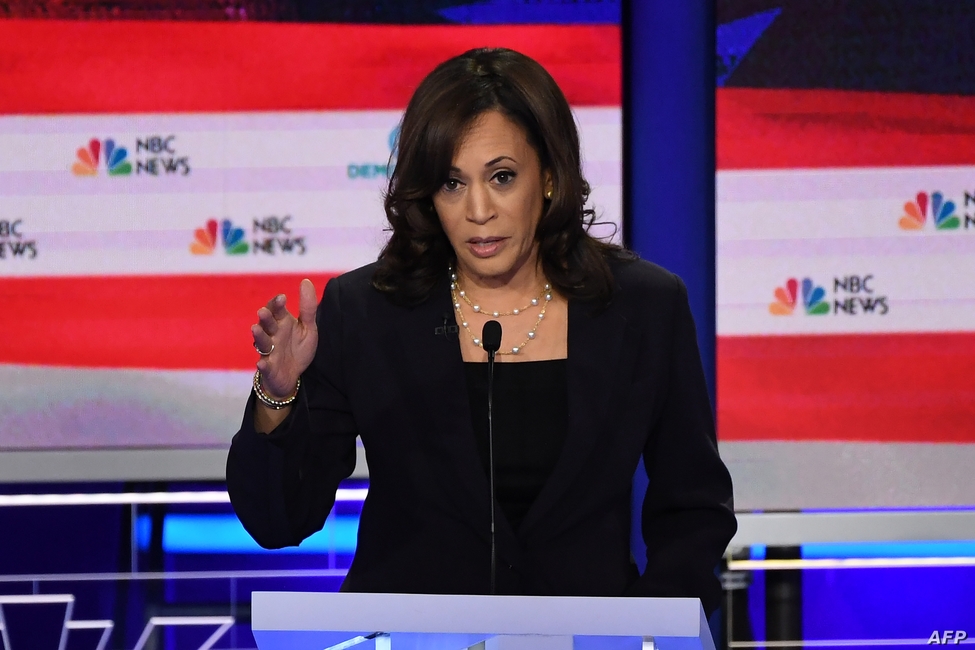 BREAKING NEWS – Washington, D.C. – Boosted by a break-out performance in last week’s first round of Democratic presidential nomination debates, Sen. Kamala Harris of California raised nearly $12 million the past three months, her presidential campaign announced. But the fundraising haul is pretty much on par with what Harris brought in during the first quarter of the year. And it pales in comparison to the amount raised in the second quarter by three of her rivals for the Democratic nomination — Sen. Bernie Sanders of Vermont, former Vice President Joe Biden, and South Bend, Ind., Mayor Pete Buttigieg. When Harris approached Sanders and asked him to suggest to the other democrats to combine all of their donations, and then redistribute it evenly to show how much he really believes in socialism, according to witnesses, she easily dodged his very slow punches, before he began grumbling and then storming off.