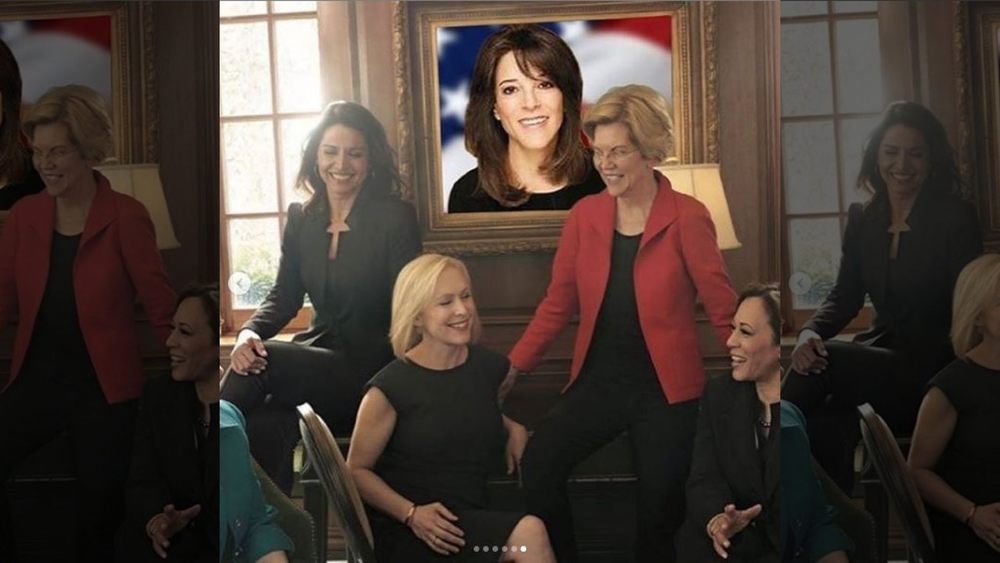 BREAKING NEWS – New York City, New York – Marianne Williamson may be considered a long shot for the White House but she is not cool with being overlooked. The self-help author and spiritual guru was excluded from a recent Vogue magazine photo shoot and feature story about the female candidates running for the 2020 Democratic presidential nomination. The photo features Senators Kamala Harris, Calif., Elizabeth Warren, Mass., Amy Klobuchar, Minn., Kirsten Gillibrand, N.Y., and Hawaii Rep. Tulsi Gabbard giving each other high fives. Williamson, the sixth hopeful, took matters in her own hands and shared on Instagram an edited version of the photo used in the Vogue story with her portrait in the background. A second portrait she said she plans to release soon, displays all five women in the original image, laying on the ground after getting knocked unconscious, while Williams stands over them holding a U.S. flag in one hand, and some nunchucks in the other.