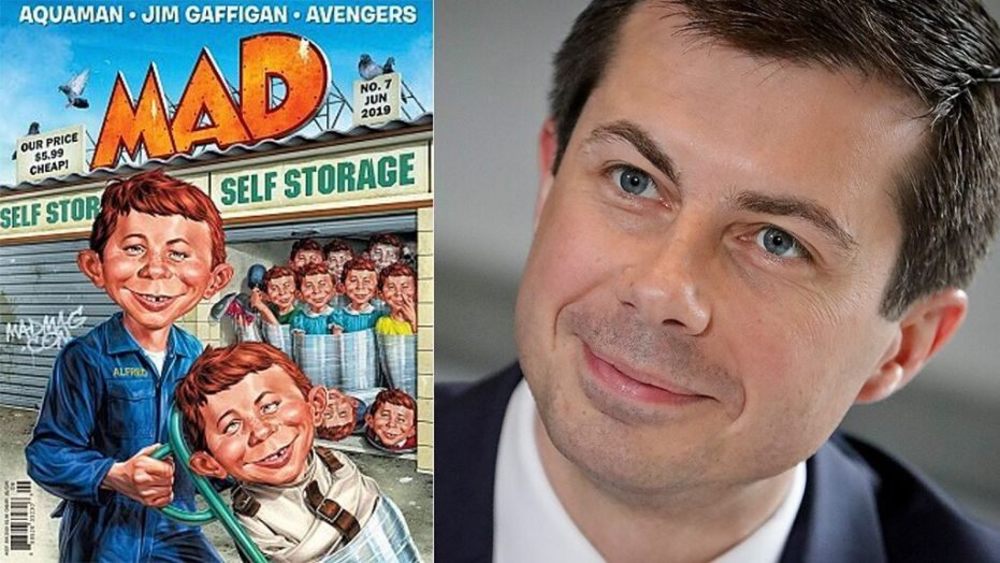 BREAKING NEWS – New York City, New York – Mad Magazine, a U.S. institution famous for the grinning face of jug-eared, tiny-eyed mascot Alfred E. Neuman, is to stop being a regular fixture of newsstands. The satirical magazine will no longer be published monthly as it has since 1955. While Mad magazine is not disappearing, it is not going to be the force it once was. The editor Bill Morrison stated, “If idiots like Alfred E. Neuman lookalike Pete Buttigieg is considered to be a viable candidate for president, maybe this country has gone mad.”