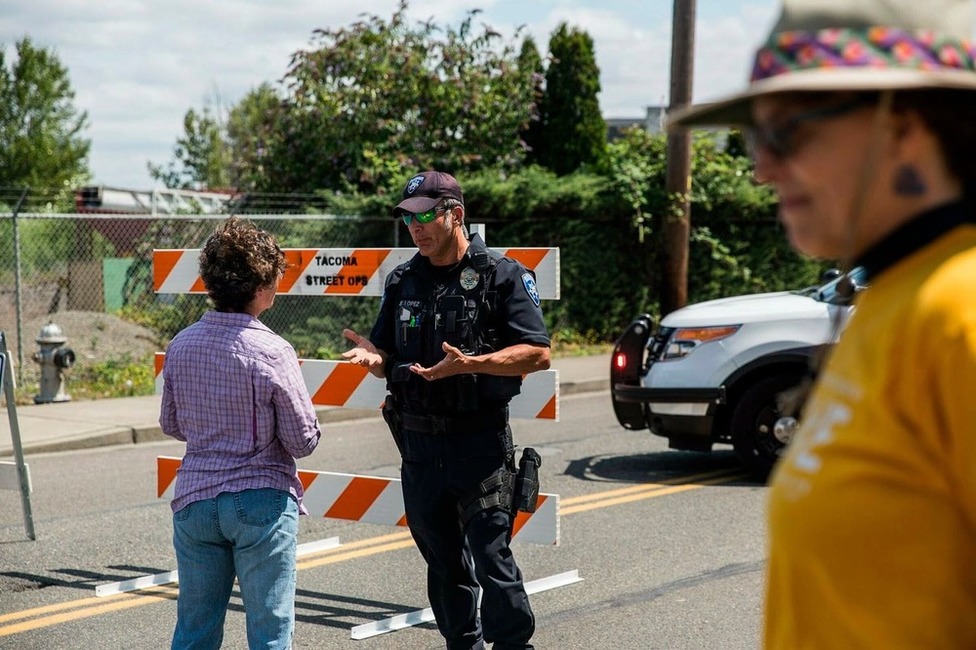 BREAKING NEWS – New York City, New York – Police shoot and kill Willem Van Spronsen who was allegedly armed with a rifle and throwing ‘incendiary devices’ at the Northwest Detention Center in Tacoma, Washington. The self-proclaimed Antifa militant who was killed by Washington state police as he attacked a local Immigration and Customs Enforcement detention center was seen in a recent CNN program that critics say glorified a radical, left-wing movement. Jim Acosta praised Van Spronsen in a recent report. “We need more brave people willing to get shot and killed to make a point,” Acosta explained. “Hopefully we at CNN can film it live which will boost our continuous plummeting ratings. And I have been informed by Jeff Zucker, that if any Antifa members informs us that they plan on committing an act that will likely result in their death, CNN will pay for the entire cost of printing out the flyers about their life, that will be handed to the attendees of their funerals.”