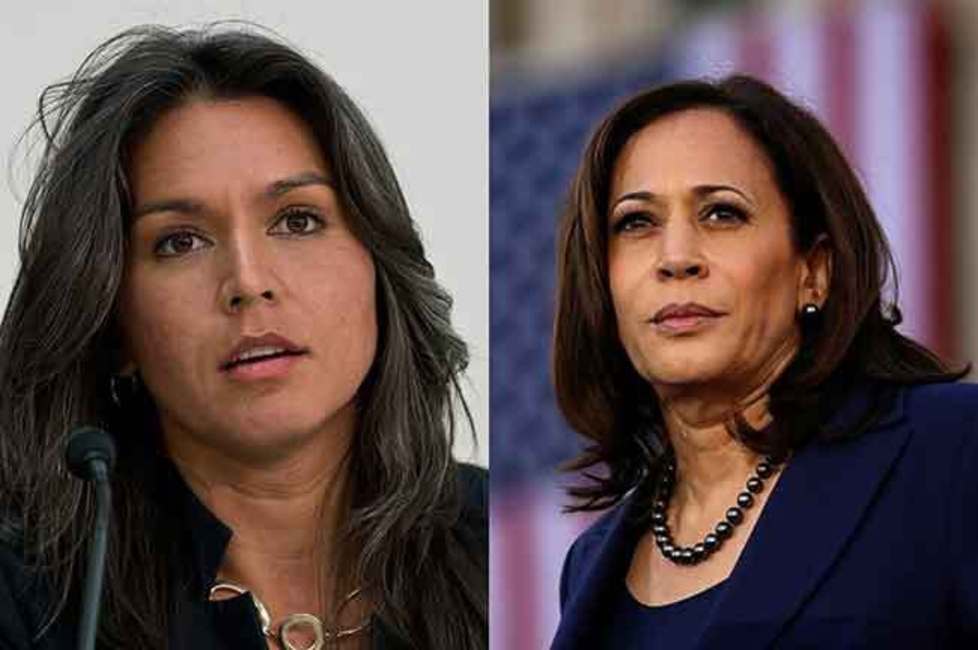 BREAKING NEWS – Honolulu, Hawaii – Rep. Tulsi Gabbard, D-Hawaii, is now stating that Sen. Kamala Harris, D-Calif., is “not qualified” to be president because she has no background in foreign policy. “I think one of the things I’m most concerned with is Kamala Harris is not qualified to serve as commander-in-chief, and I can say this from a personal perspective as a soldier,” said Gabbard, who served in Iraq as a member of the Hawaii Army National Guard. “She’s got no background or experience in foreign policy and she lacks the temperament that is necessary for a commander-in-chief. Harris immediately responded to the attack. “Well, she’s wrong,” the California senator began. “I may not have been in the military, but in my youth, I saw the movie ‘Top Gun’ at least five times. I don’t recall everything about the movie because back then I was smoking some extra potent Jamaican marijuana. But I do remember how proud I was of my country when I saw Tom Cruise repeatedly shoot down the planes during World War II. And one other thing. If Gabbard comes after me during the debate next week, I’ll punch her so hard, she’ll think she was walking under some falling coconuts back in Humidville, Hawaii.”