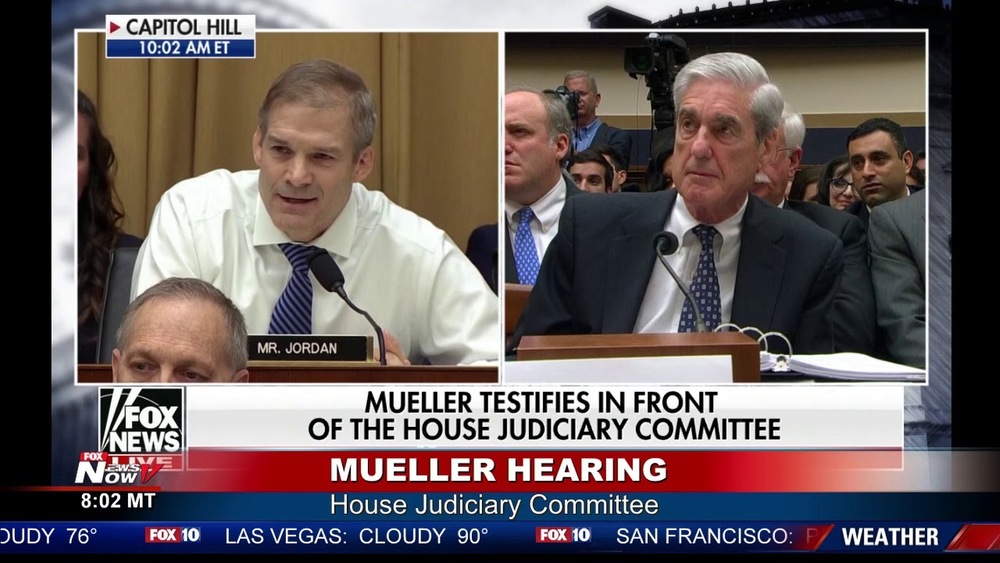 BREAKING NEWS – Washington, D.C. – Rep. Jim Jordan, R-Ohio, grilled former special counsel Robert Mueller on Capitol Hill, accusing him of selective prosecution methods and promising Attorney General Bill Barr would get to the truth. Jordan also asked why informant Joseph Mifsud had not been charged with any crimes, despite lying to the FBI and posing as a Cambridge University professor, in an attempt to pump George Papadopoulos for confidential campaign information. Congresswoman Maxine Waters was so outraged at Jordan’s “aggressive style” toward Mueller, that she wants the Ohio congressman investigated for “elderly abuse”. “There are literally millions of witnesses that saw how mean-spirited and disrespectful Jordan was,” explained Waters. “When it was obvious that Mueller had no idea where he was or what he was doing, Jordan continued asking questions. I was horrified! He didn’t even slow down when Mueller requested to ‘buy a vowel’ or ‘Famous Nursing Homes for $400’. Whether the former special counsel wanted to solve the puzzle or go for the daily double, we all know that is actually Trump who is playing games. I hope that Pat Sajak and Alex Trebek denounces his policies. Impeach 45!”