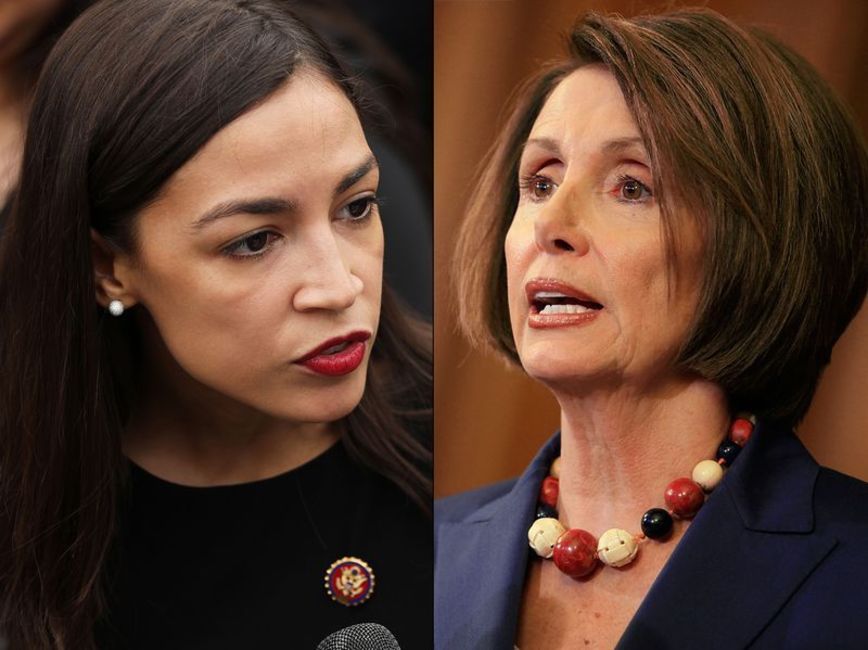 BREAKING NEWS – Washington, D.C. – House Speaker Nancy Pelosi will meet today with far-left Rep. Alexandria Ocasio-Cortez in an effort to stop the recent infighting between the Democratic Party’s progressive and moderate blocs in the lower chamber of Congress. The progressives have leveled almost constant criticism at the moderates, accusing them of helping the Trump administration, whether directly or indirectly. The moderates, in turn, have accused the far left of pushing for abrupt change that could place the party’s current House majority at risk. The two women have not spoken to each other since February, prompted by the well publicized friction between them. The meeting is finally taken place after they agreed on some ground rules, which are, they must only discuss issues that advances their party, at no time can one of them refer to the other with the “b” word, and both of them have to be screened and patted down to insure they aren’t carrying any concealed weapons.