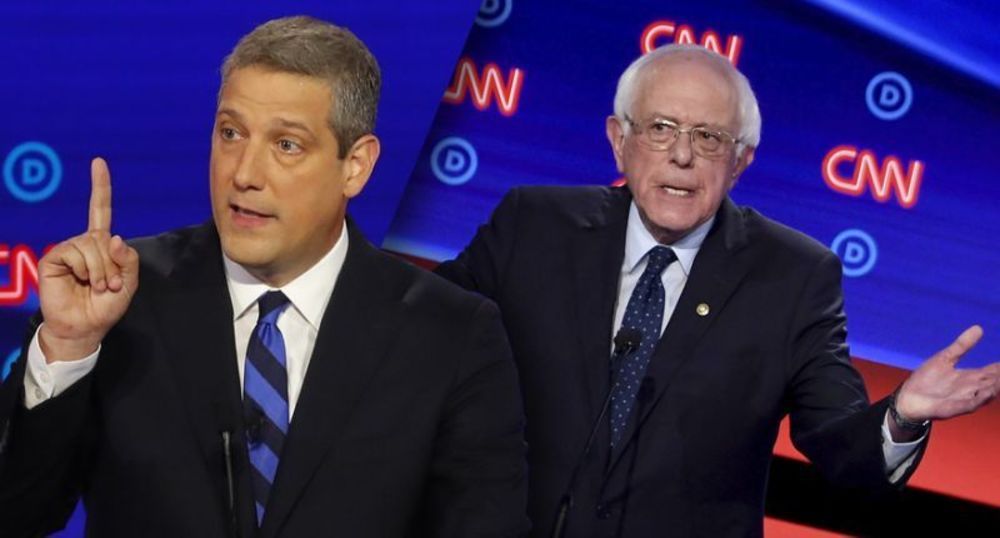 BREAKING NEWS – Detroit, Michigan – Sen. Bernie Sanders had a fiery moment from Tuesday night’s Democratic debate in his confrontation with Rep. Tim Ryan. Sanders maintained during the forum that his Medicare for All platform would offer more comprehensive health care coverage for people who would eventually lose their private plans, noting that it would include dental and vision plans for seniors. Ryan, his presidential opponent, responded: “You don’t know that, Bernie.” Sanders fired back as the crowd burst into applause, “I do know that, I wrote the damn bill.” He later stated he misspoke when critics said his new version of the healthcare plan is even more absurd than his old one, estimated to cost a whopping $32 trillion. The Vermont Senator’s revised statement is, “I wrote the dumb bill.”