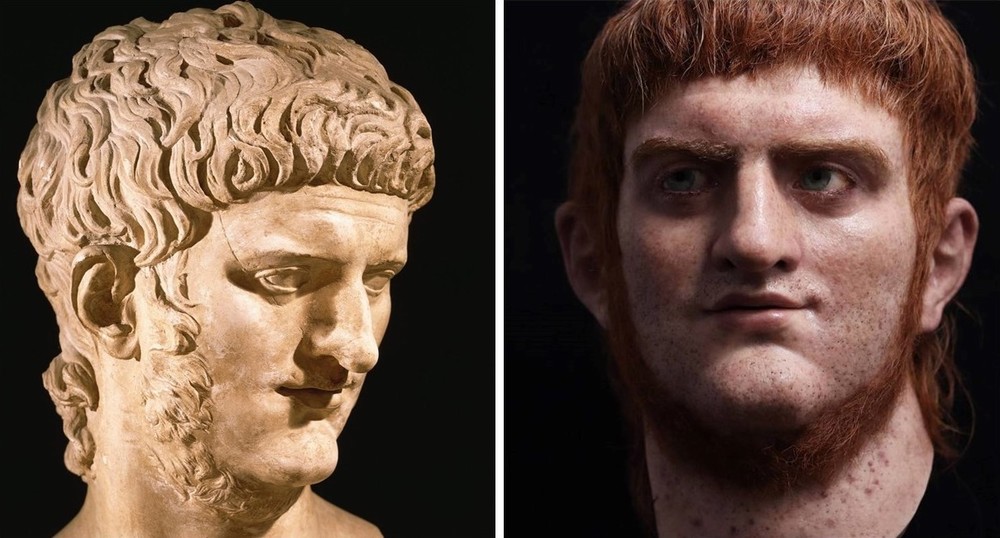 Nero became the last Roman emperor of the Juilo-Claudian dynasty when he was 17-years-old. Five years into his reign, he had his mother murdered after she had dominated much of his life. Soon, Nero began taking a more active role in politics but was also known for appearing in public as an actor, poet, musician, and charioteer.

Many believed that this undermined his authority as an emperor. He was detested by middle and upper classes after he raised taxes to fund extravagant public and private works for his empire. With modern technology, artists were able to find out what he actually looked like.