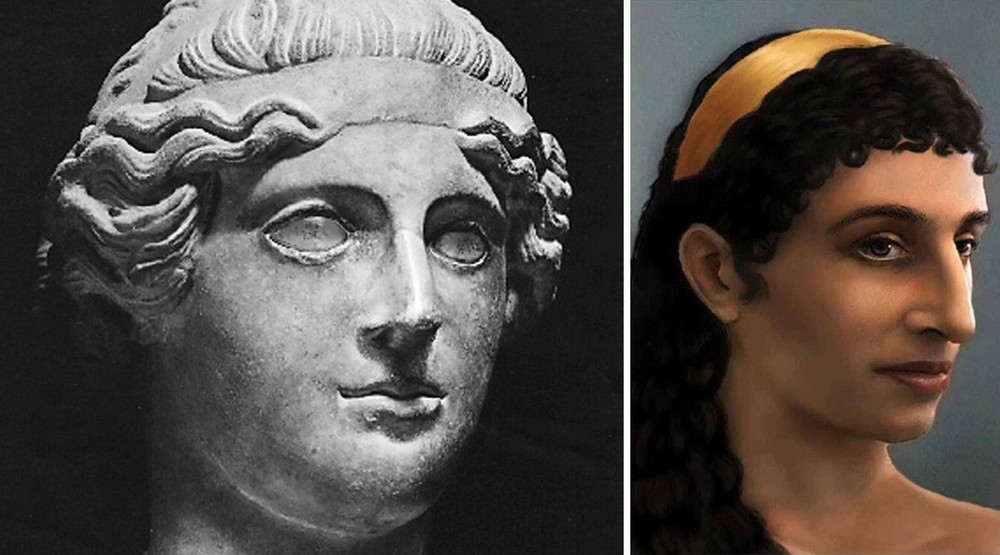 Cleopatra ruled over Egypt as a co-regent for nearly 30 years. After her father passed away, Cleopatra ascended the throne at age 18, alongside her 10-year-old brother Ptolemy XIII. It wasn’t long before her brother’s advisers ran Cleopatra out of Egpyt in 49 B.C. But with the help of Julius Caesar, Cleopatra was reinstated a couple of years later with her other younger brother, Ptolemy XIV.

Cleopatra gave birth to a son believed to be Caesar’s child, named Ptolemy Caesar. Julius Caesar was murdered in 44 B.C. and Ptolemy XIV died shortly after, leaving Cleopatra to rule Egypt with her son.

Cleopatra was well-educated and could speak multiple languages, which made her the dominant ruler during her co-regencies. She was also regarded as an exotic beauty that harnessed the powers of seduction, so she was also known for her romantic relations and alliances with rulers from other empires.

Considering her reputation, it’s no surprise that 3D artists wanted to use existing portraiture and sculptures to determine what this Egyptian queen really looked like. Cleopatra’s prominent nose and masculine features might come as a surprise to some who picture her the way Elizabeth Taylor portrayed her in film.