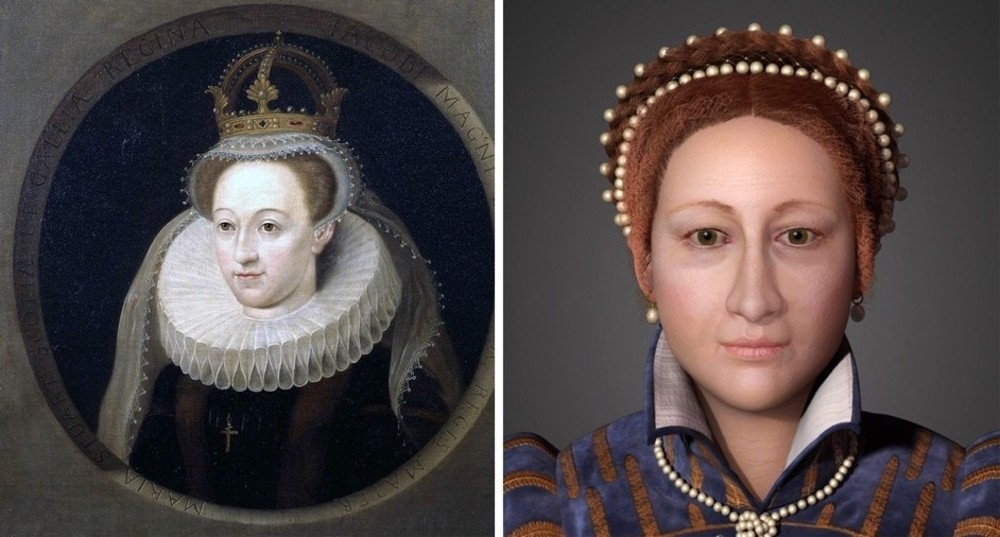 She was known as Mary, Queen of Scots but her real name was Mary Stuart. She was the queen of Scotland between 1542-1567. Sadly, her father passed away right after she was born and due to that she became the queen six days after birth.

Her mother would send her off to France so she could grow up in the French court before returning to Scotland in 1559. Does this painting really show how she looked all those years ago?

Professor Caroline Wilkinson of Dundee University used paintings and drawings to re-create a 3-D face of the Queen of Scots. Wilkinson also had to draw upon biographical info in order to bypass the highly stylized depictions of her artwork.

This rendering of her isn’t too far off from how she looks in her classic paintings but you can clearly tell the difference. The feature of her that stayed closest to the original is her nose.