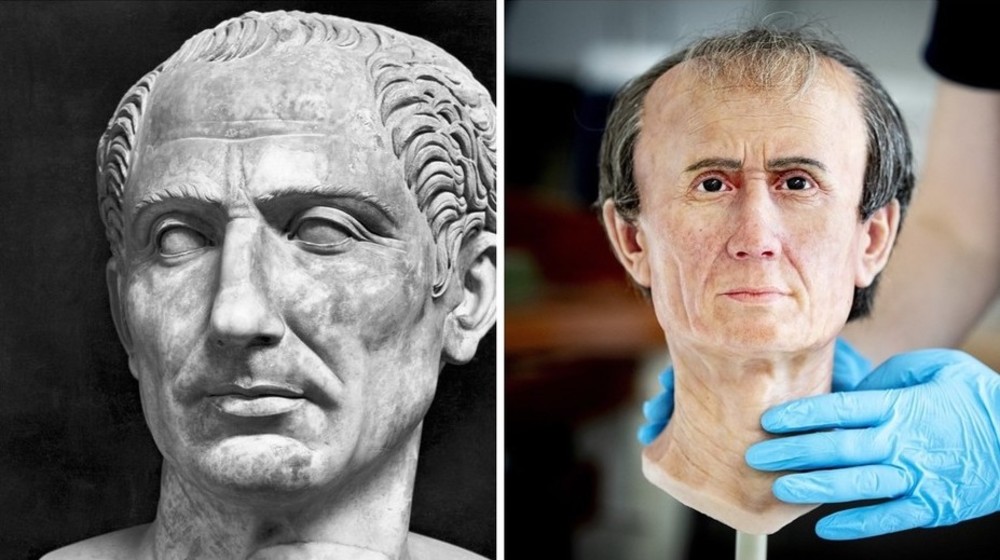 Julius Caesar was a Roman politician and war general who is largely responsible for the expansion of the Roman empire. Caesar was the first Roman general to cross the English Channel and the Rhine River, subsequently invading Britain.

After Caesar refused to step down from his command in Gaul to avoid arrest, he decided instead to reenter Roman Italy under arms, inciting a civil war. This military genius has long been depicted in sculptures as you see here but it wasn’t until 2018 that we had a realistic rendering of his head.

At The National Museum of Antiquities in Leiden, there is a 3D reconstruction of Julius Caesar. It was made based on a 3D scan of one of his marble portraits, artists were able to create this lifelike bust complete with salt and pepper hair.

After Caesar won the Roman civil war, his reign as dictator for life began. He began social and governmental reforms and even granted citizenship to residents in the farthest regions of the Roman Empire. Elite members of the Senate weren’t pleased by Caesar’s reign and assassinated him on the Ides of March, 44 B.C.