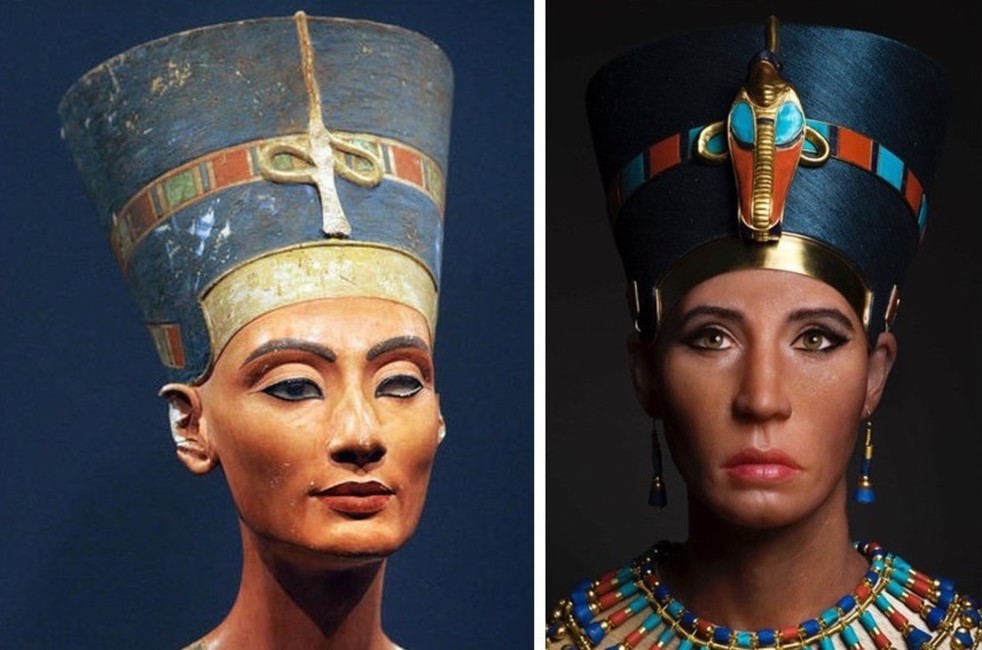 Nefertiti was the Great Royal Wife of Akhenaten. The Egyptian Queen’s bust, made of limestone and covered in stucco, was discovered in 1912 in Thutmose’s workshop. Thutmose is the sculptor who is believed to have created the bust in 1345 B.C. in Amarna, Egypt.

Nefertiti and the pharaoh Akhenaten were known for the religious revolution in Egypt, worshipping just one god, Aten, the sun disc. Based on the sculpture, Nefertiti was obviously beautiful with defined facial features. But with 3D imaging technology, experts were able to determine what Nefertiti may have looked like in person.

In 2018, Travel Channel’s Expedition Unknown used 3D imaging technology to scan and digitally map the facial structure of a mummy known as “The Younger Lady.” While “The Younger Lady” is believed to be Nefertiti, the mummy’s true identity is still hotly debated.

After the mummy’s face was scanned, paleoartist Elisabeth Daynes took 500 hours to recreate the face on the bust based on historical images of Nefertiti. This project seemed to prove that “The Younger Lady” was indeed Nefertiti. Upon its release, the image caused much controversy over the supposed color of Nefertiti’s skin.