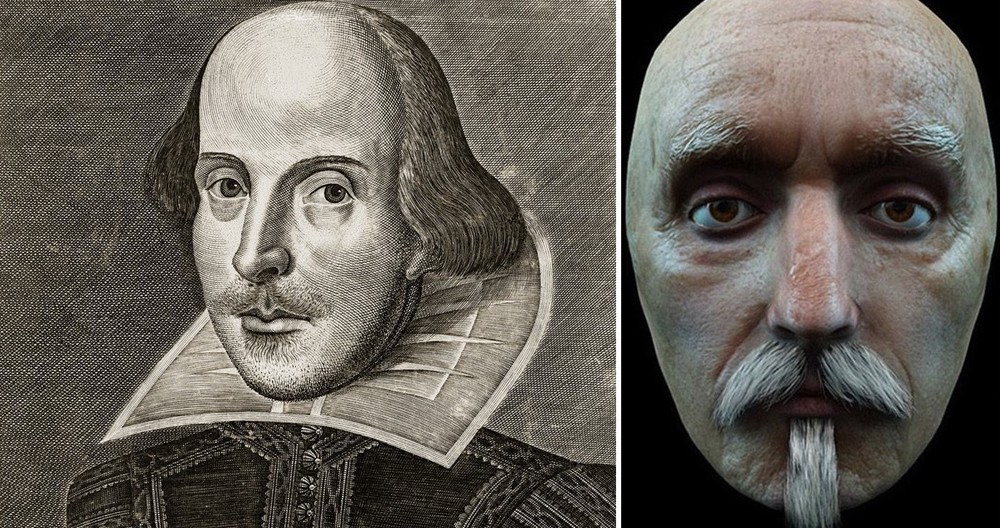 There is much debate over what William Shakespeare actually looked like but many scholars and historians agree that this engraving by Martin Droeshout is the most accurate. For sure, the man who gifted the world with literary classics such as Romeo and Juliet and Hamlet had evidence of facial hair despite a receding hairline.

In 1775, Professor Hildegard Hammerschmidt-Hummel discovered William Shakespeare’s death mask in London. Back in the nineteenth century, death masks were created of someone’s face using wax or plaster over their dead face. Though there is still debate over whether the mask actually is that of Shakespeare, someone decided to turn it into the real thing.

In 2010, Dr. Carolin Wilkinson of Dundee University analyzed Shakespeare’s alleged death mask to create a rendering of what his face really looked like in person. Using 3D imaging to map out every feature of the face using the mask, Wilkinson was able to create this rendering that shows a somber Shakespeare.

Most people would agree that this depiction is somewhat similar to all the other interpretations out there, save for the fact that we don’t have a view of his entire head. Shakespeare died at the age of 52 on April 23, 1616.