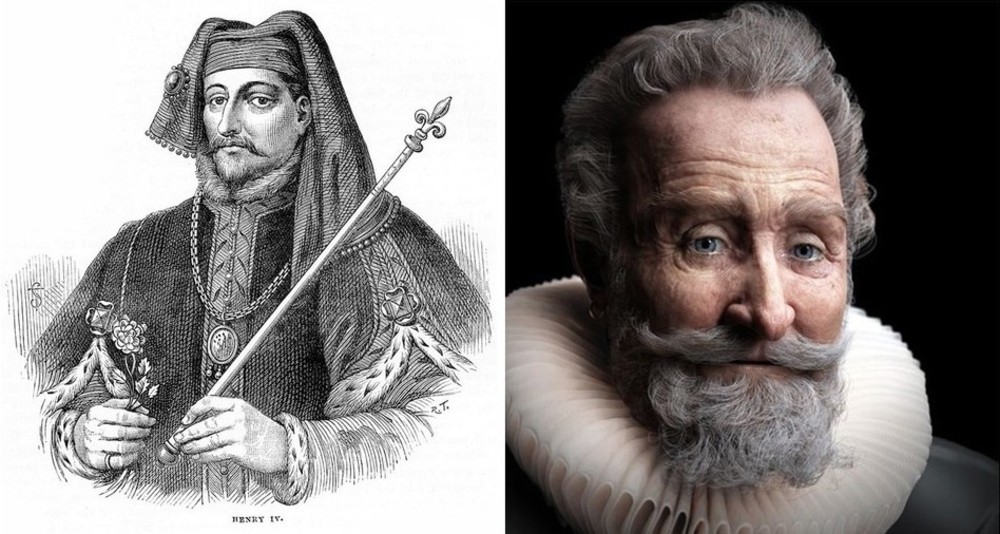 Many refer to King Henry IV as “Good King Henry” or even “Henry the Great.” Some find that amazing due to how his reign began. He became the King of Navarre at 19, then married two months later.

The city was flooded with Protestants as they celebrated, but they were quickly greeted with what later became known as the “St. Bartholomew’s Day Massacre.” The king barely avoided death and had to serve in the French Court.

It is said that The Good King survived 12 assassinations attempts during his lifetime. Researchers chose to him a subject to recreate due to his religious tolerance. The team that pieced Robespierre together is the same team that did King Henry.

That team was forensic pathologist Philippe Charlier and a facial reconstruction specialist named Philippe Froesch. Sadly, The Good King didn’t survive his 13th assassination attempt. A Catholic man drove a dagger into him in 1610 and that’s all she wrote.