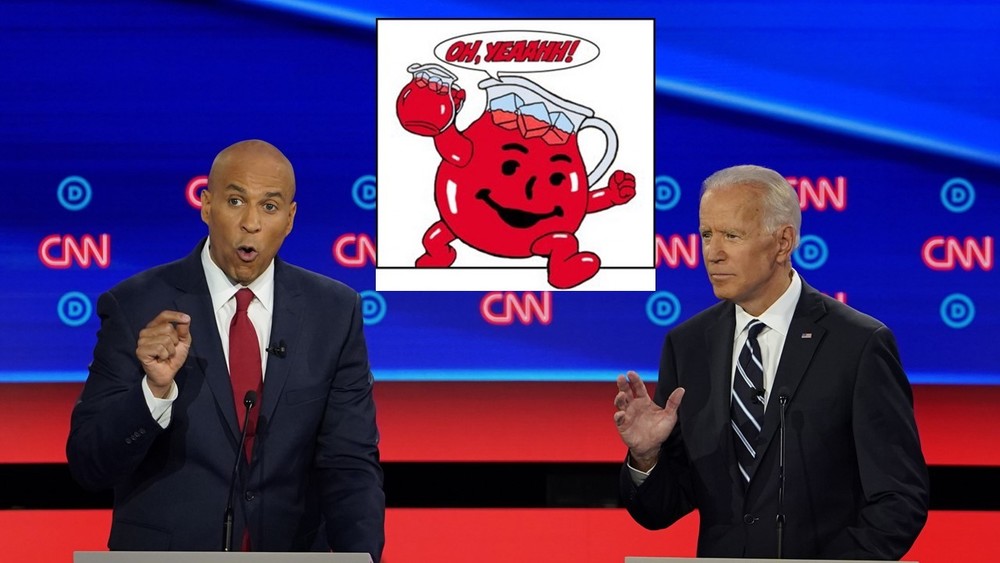 BREAKING NEWS – Detroit, Michigan – The official winner of Wednesday night’s Democratic debate in Detroit: Kool-Aid. Sen. Cory Booker invoked the powdered drink in an exchange with former Vice President Joe Biden after Biden criticized Booker’s record on criminal justice as mayor of Newark, New Jersey. “There was nothing done for the entire eight years he was mayor, there was nothing done to deal with the police department that was corrupt,” Biden said.

Then Booker delivered the line. “Mr. Vice President, there’s a saying in my community: You’re dipping into the Kool-Aid and you don’t even know the flavor.”

Kool-Aid, who has been closely monitoring the debates have now announced some additional flavors inspired by the 20 candidates. They include “Loser Lemon”, “Nectarine Nitwits”, “Blueberry Blockheads” and “Mango Morons”.