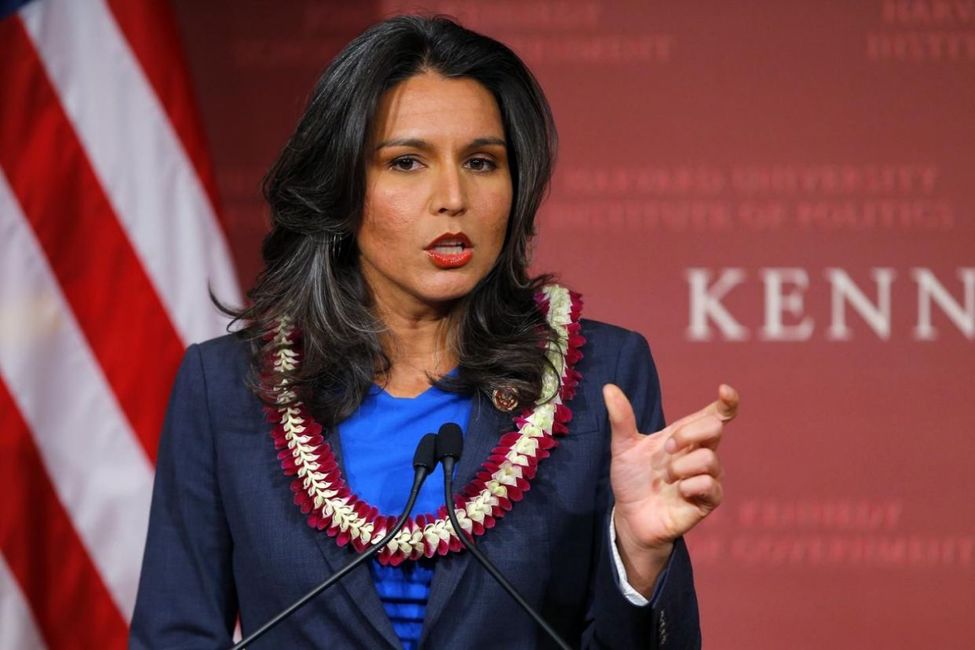 BREAKING NEWS – Honolulu, Hawaii – Rep. Tulsi Gabbard, D-Hawaii, slammed MSNBC during a contentious interview on the network, accusing an anchor of being fed “talking points” from her 2020 competitor, Sen. Kamala Harris, D-Calif. MSNBC anchor Yasmin Vossoughian pressed the congresswoman on her views on U.S. relations with Saudi Arabia as well as her January 2017 meeting with Syrian dictator Bashar al-Assad, which she defended by saying she would meet with any leader in pursuit of peace and the safety of Americans. “You are obviously reading from cue cards, written by Kamala Harris,” said Gabbard with a hostile tone in her voice. “One of the worst things about living in Hawaii, is when the wind blows west, we can smell the stench of California politics wreaking from elected left wing liberal lunatics!” When Gabbard realized what she said, she abruptly changed her tone. “However… I uh, love Disneyland because it promotes family values… and uh… uh, even though the ticket prices are outrageous.”