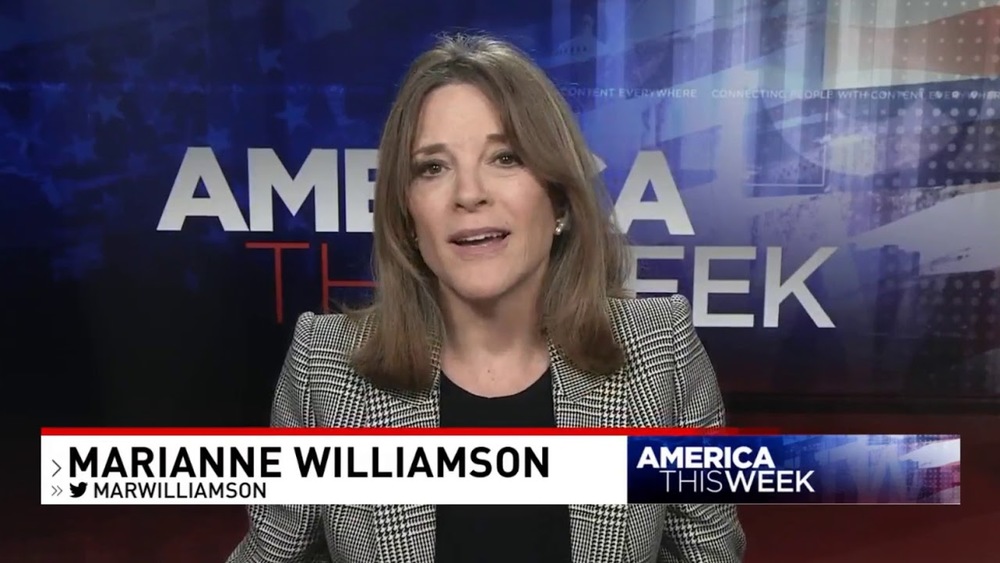 BREAKING NEWS – Washington, D.C. – Presidential candidate and spiritual guru Marianne Williamson was caught on tape saying conservatives and Fox News are nicer to her than some on the Left. Appearing on Sinclair’s America This Week, Williamson was played a clip where she had previously appeared on the same show and was caught in a hot-mic moment. “What does it say that Fox News is nicer to me than the lefties are? What does it say that the conservatives are nicer to me? It’s such a bizarre world,” Williamson said. “You know, I’m such a lefty. I mean, I’m a serious lefty, but they’re so … I didn’t think the Left was as mean as the Right, they are.” DNC Chair Tom Perez emphatically disagreed with what Williamson said. “Well, she’s wrong,” Perez stated. “And I’m not sure what that stupid witch based her opinion on.”