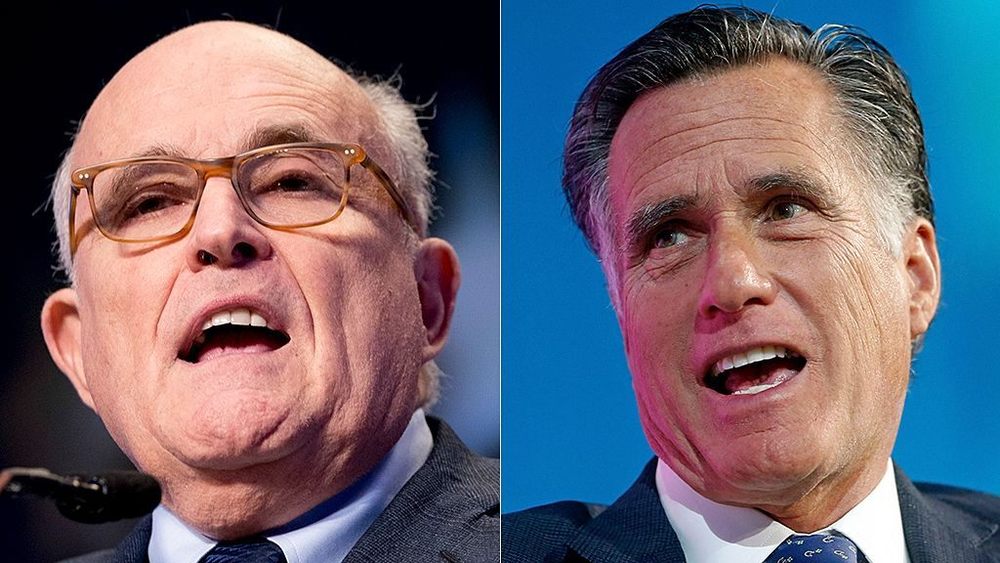 BREAKING NEWS – New York City, New York – Former New York City Mayor Rudy Giuliani slammed Sen. Mitt Romney, R-Utah, for what he called a weak response to the Ukraine phone call whistleblower’s complaint against President Trump. Giuliani said that Romney — the 2012 Republican presidential nominee — is still upset he lost his election, while Trump won his own White House bid — as he rejected the former Massachusetts’ governor’s reaction to the Ukraine news. Romney tweeted on the subject, “If the President asked or pressured Ukraine’s president to investigate his political rival, either directly or through his personal attorney, it would be troubling in the extreme. Critical for the facts to come out.” He later tweeted responding to Giuliani’s comment about him. “Yes I have been dealing with my bitterness of the 2012 defeat by attending a weekly emotional support group. There are other well known losers that attend the weekly session too, including many of the players from the 2019 Golden State Warriors. Also a few years ago after reading the Book of Revelation, Satan joined the group, and he often complains about having to sit next to Hillary Clinton.”