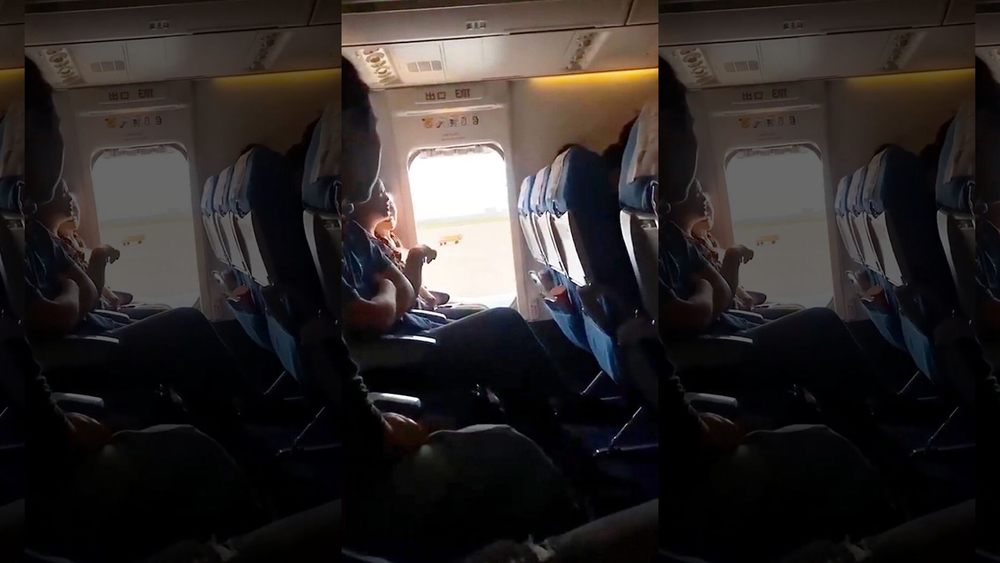 BREAKING NEWS – Lanzhou, China – One Xiamen Airlines passenger recently delayed her flight’s departure by one hour when she opened the emergency exit door of the aircraft because she reportedly felt the cabin was “too stuffy” and wanted “a breath of fresh air.” Though the passenger had been warned by flight attendants not to touch the lever on the emergency exit near her seat, as per the Sun, she didn’t listen — and she popped the door open. The illicit move delayed the plane’s takeoff by one hour. A second round of safety inspections had to be carried out, while airline officials had to safely close the door again. During that time, police were called and the passenger was arrested at the scene for the offense. Last year, this exact same passenger was arrested for banging on the cockpit door while the plane was in flight, demanding that anytime the pilots went left or right, to use their turn signals.