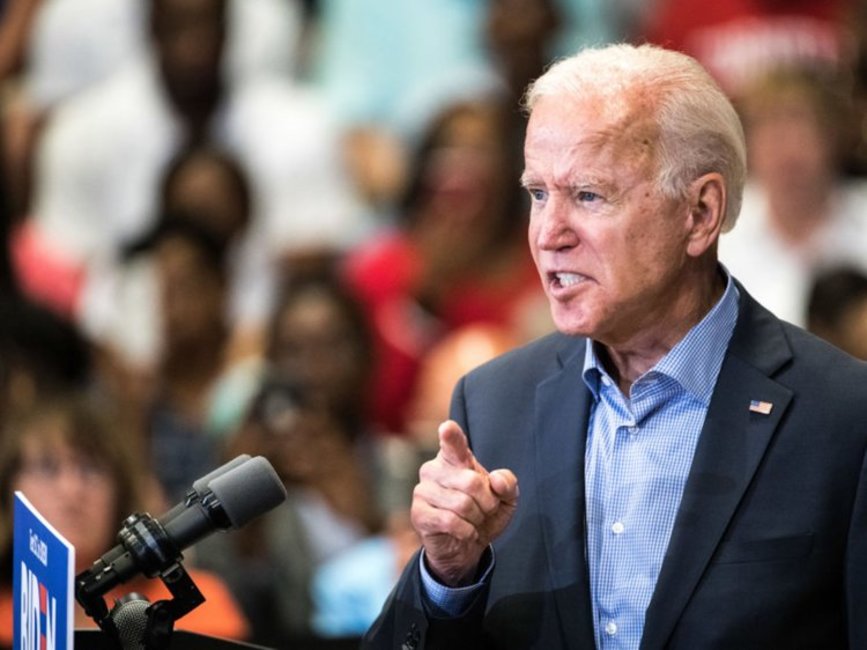 BREAKING NEWS – Washington, D.C. – Joe Biden’s presidential campaign requested in a letter that major news networks not invite President Trump’s personal attorney Rudy Giuliani anymore, after Giuliani spent the morning on a series of talk shows aggressively highlighting what he called Biden’s apparently corrupt dealings in Ukraine and China. The Biden campaign wrote to NBC News, CBS News, Fox News and CNN to voice “grave concern that you continue to book Rudy Giuliani on your air to spread false, debunked conspiracy theories on behalf of Donald Trump,” according to The Daily Beast, which first reported the existence of the letter. The letter says in part, “Under no circumstances are you to allow Rudy Giuliani on your shows without my approval first, and I won’t give it. Nor do I want you to book any attorney on your shows that knows the legal definition of ‘bribery’. The fact of the matter is, I never said I was going to withhold a billion dollars from the Ukraine unless they did what I told them to do. I said I would withhold bouillon from them, as in chicken bouillon soup. It is typically made from dehydrated vegetables, meat stock, a small portion of fat, MSG, salt, and seasonings, shaped into a small cube. They wanted me to give them my family recipe for chicken noodle soup that is quite tasty. I had every right not to give it to them! And my son Hunter went over there… to uh, uh… negotiate the ingredients.”