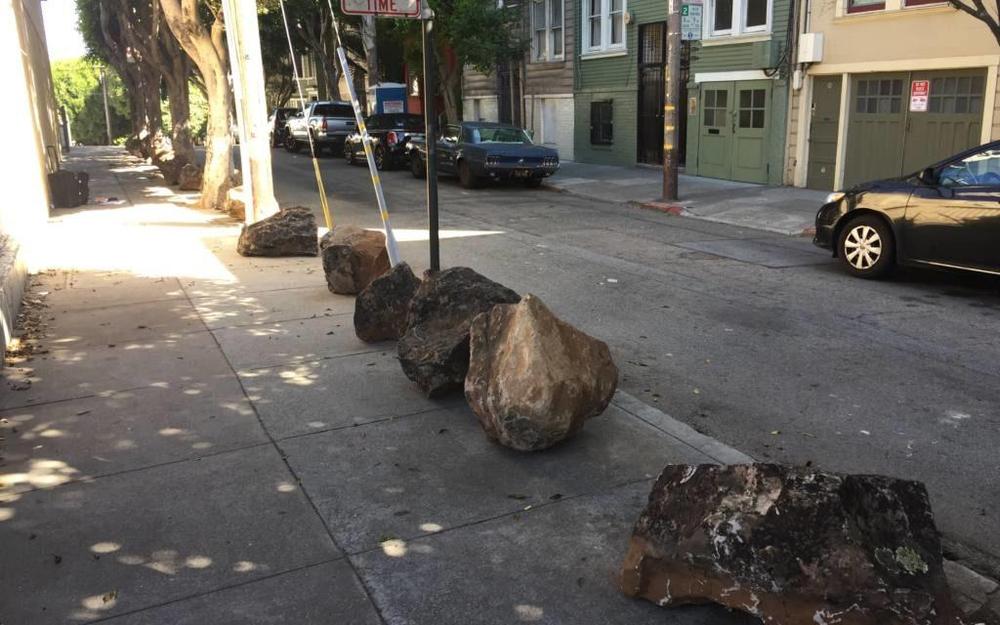 BREAKING NEWS – San Francisco, California – The city of San Francisco on removed about two dozen small boulders from a residential side street after a group of neighbors had them installed last week in an effort to deter homeless people from camping out on along the sidewalk amid the city’s ongoing crisis. The department’s director, Mohammed Nuru, told the San Francisco Examiner that the boulders installed by the residents “were not big enough” and began posing a safety concern as they were being pushed into the street. He said the city would work with residents to come up with a more permanent solution that “could involve larger boulders or a landscape plan.” The residents said they were open to the idea of larger boulders, but they wanted them large enough that if pushed by a group of people, it will flatten and crush any makeshift tents in the area, including the unfortunate occupants.