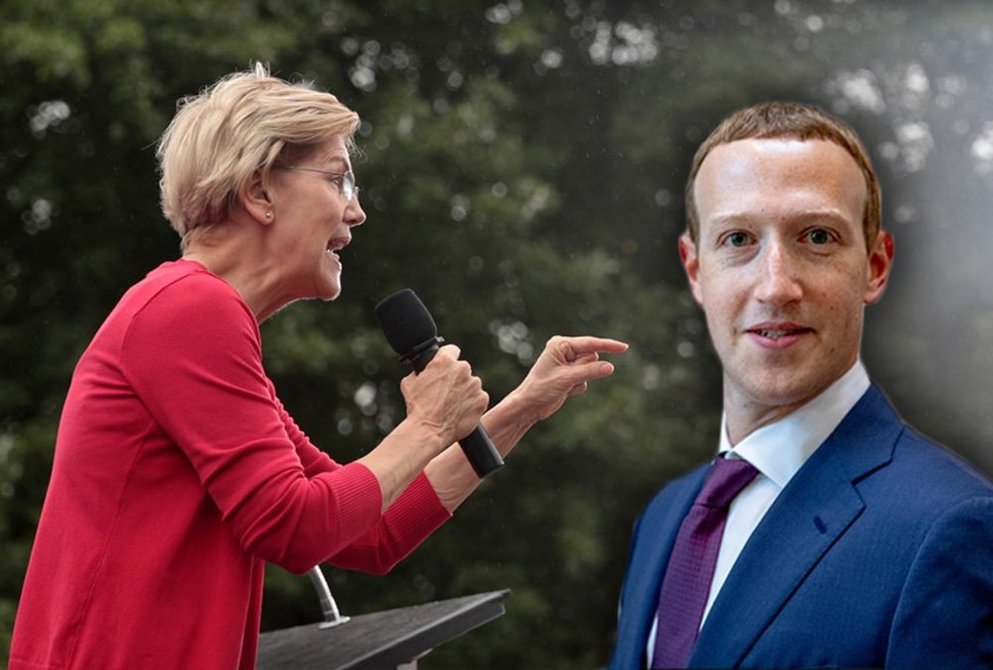 BREAKING NEWS – Palo Alto, California – Leaked audio comments from Facebook CEO Mark Zuckerberg include him saying that the tech company would likely have no choice but to sue the U.S. government to stave off being broken up if Elizabeth Warren becomes president. “You have someone like Elizabeth Warren thinks that the right answer is to break up the companies … I mean, if she gets elected president then I would bet that we will have a legal challenge, and I would bet that we will win the legal challenge,” Zuckerberg is quoted as saying in two Q&A sessions with Facebook employees during July. “But look, at the end of the day, if someone’s going to try to threaten something that existential, you go to the mat and fight, and we want to make Warren as unappealing as possible. And we’ll start by threatening to suspend every account on Facebook created by a salon and cosmetologist, unless they say that Warren has the worst hairstyle ever, even surpassing Don King and Phyllis Diller.”