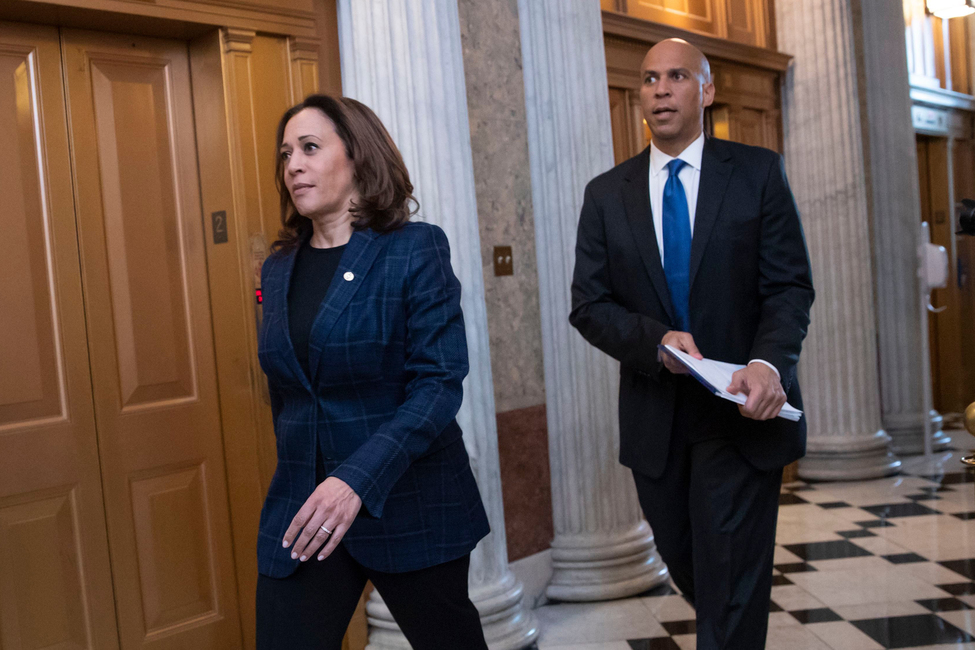 BREAKING NEWS – Washington, D.C. – Cory Booker and Kamala Harris storm out of a meeting with the Congressional Black Caucus after demanding to know why they refuse to support either of them as nominees for president. Elijah Cummings was the first one to address Harris. “You smoked dope, and while you were the district attorney, you locked black people up for smoking dope,” he firmly stated. “So that makes you a dope!” Maxine Waters then stood up and shouted at Harris. “You aren’t loud enough or angry enough,” the congresswoman began. “You need to increase your volume and rage, mimicking they way I relate to the gullible people in the hood!” Frederica Wilson then stood up and addressed Booker. “Let’s be honest,” stated Wilson. “Your base is a microscopic portion of voters, and because you look so creepy, you appeal predominately to people who can relate to killers in slasher movies. One other thing. Your latest tv ad for your campaign in which you are speaking while the theme music to “Halloween” is being played in the background, was a very stupid idea!”