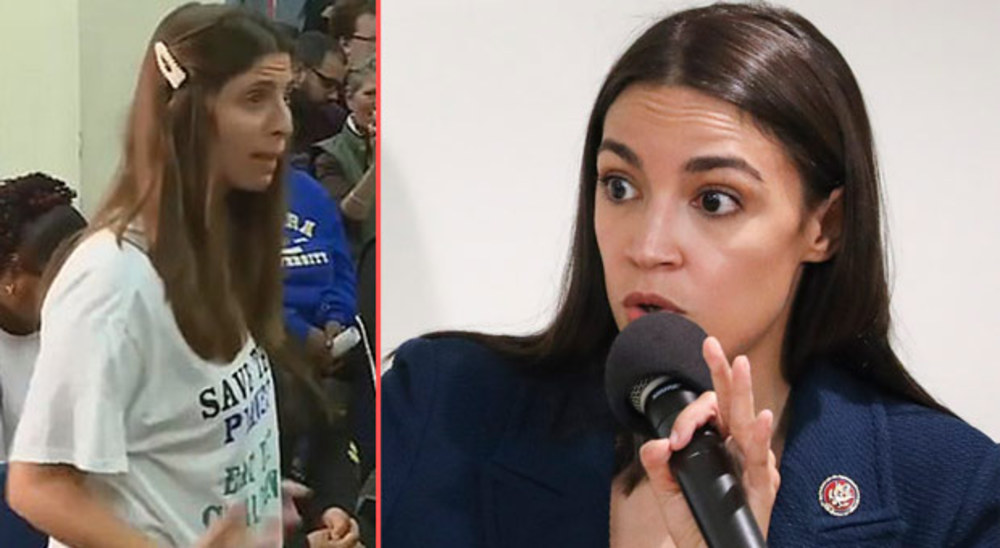 “We’re not going to be here for much longer, because of the climate crisis,” the woman pleaded. “We only have a few months left. I love that you support the Green Deal, but it’s not gonna get rid of fossil fuel. It’s not going to solve the problem fast enough. A Swedish professor said we can eat dead people, but it’s not fast enough! So, I think your next campaign slogan needs to be this: We’ve got to start eating babies. She went on, turning to those around her. “All of you! “You’re a pollutant! Too much Co2. We have to start now. Please — you are so great. I’m so happy that you are supporting a Green New Deal, but it’s not enough. There’s too many people, too much pollution. So, we have to get rid of the babies. That’s a big problem. Just stopping having babies just isn’t enough. We need to eat the babies. This is very serious. Please give a response.”

Ocasio-Cortez thought about it for a moment before speaking. “Yes, I think you’re right,” she began. “That would be a very efficient plan that I think should be added to the Green New Deal. But here’s the problem. That racist in the White House, will only show his bigotry and oppose this effective new idea, by probably banning cannibals from entering our country at the southern border.”