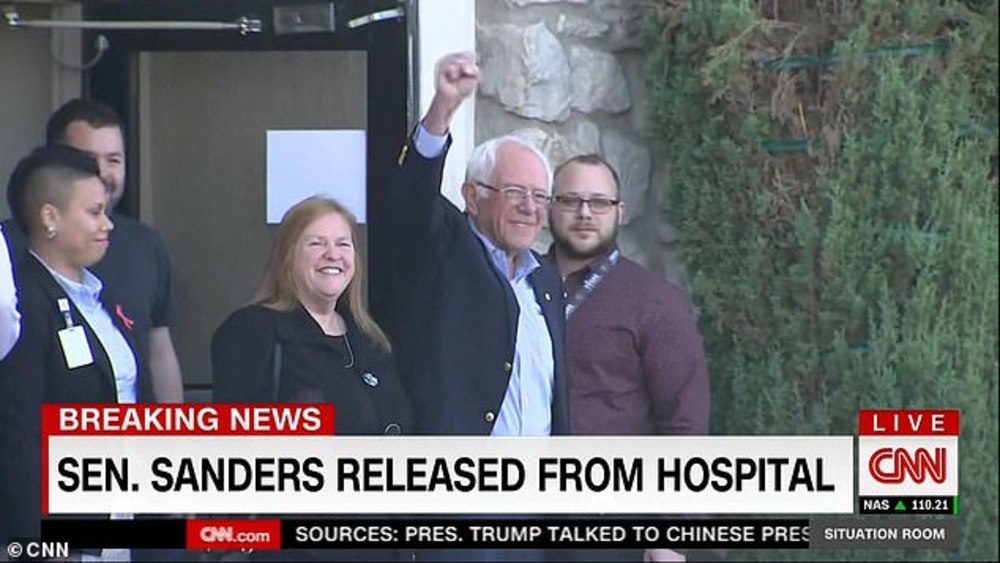 BREAKING NEWS – Las Vegas, Nevada – Democratic presidential candidate Bernie Sanders was discharged from a Nevada hospital, as his doctors acknowledged for the first time that the 78-year-old had suffered a heart attack earlier in the week. The Sanders campaign released statements from his treating physicians acknowledging Sanders was diagnosed with a myocardial infarction – commonly known as a heart attack. “After presenting to an outside facility with chest pain, Sen. Sanders was diagnosed with a myocardial infarction,” the doctors, Arturo Marchand Jr. and Arjun Gururaj, said. “He was immediately transferred to Desert Springs Hospital Medical Center.” Sanders’ campaign team blame Elizabeth Warren for his medical condition, indirectly accusing her of sabotage. They said his heart attack was caused by him taking Warren’s advice after he announced he was running, when she persuaded him to eat some pork with every meal.