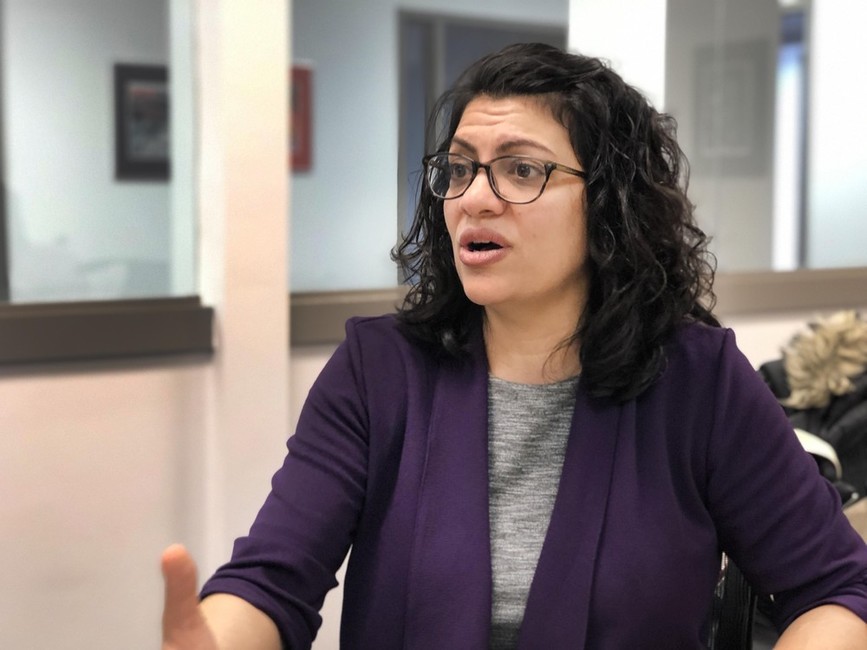 BREAKING NEWS – Detroit, Michigan – Rep. Rashida Tlaib said Democratic lawmakers are exploring how to arrest White House officials who do not comply with congressional subpoenas. She told Detroit constituents at her “Congress, Coffee, and Conversation” event that lawmakers are focused on how best to take cabinet members into custody. “This is the first time we’ve ever had a situation like this,” she said. “So they’re trying to figure out, no joke, is it the D.C. police that goes and gets them? We don’t know. Where do we hold them? I will tell them they can hold all those people right here in Detroit. We’ll take care of them and make sure they show up to the committee hearings. And while they are held here, I will explain to them that Detroit hasn’t had a republican mayor for almost 50 years, thus they are responsible for not getting elected, and making the tough decisions that can rebuild this raggedy hell hole, because they know we democrats won’t do it. When I show people current pictures of this city, they assume the photos were taken in September of 1945 in either Hiroshima or Nagasaki. Anyway, it’s partially Trump’s fault for refusing to start any businesses in Detroit, or any other third world countries.”