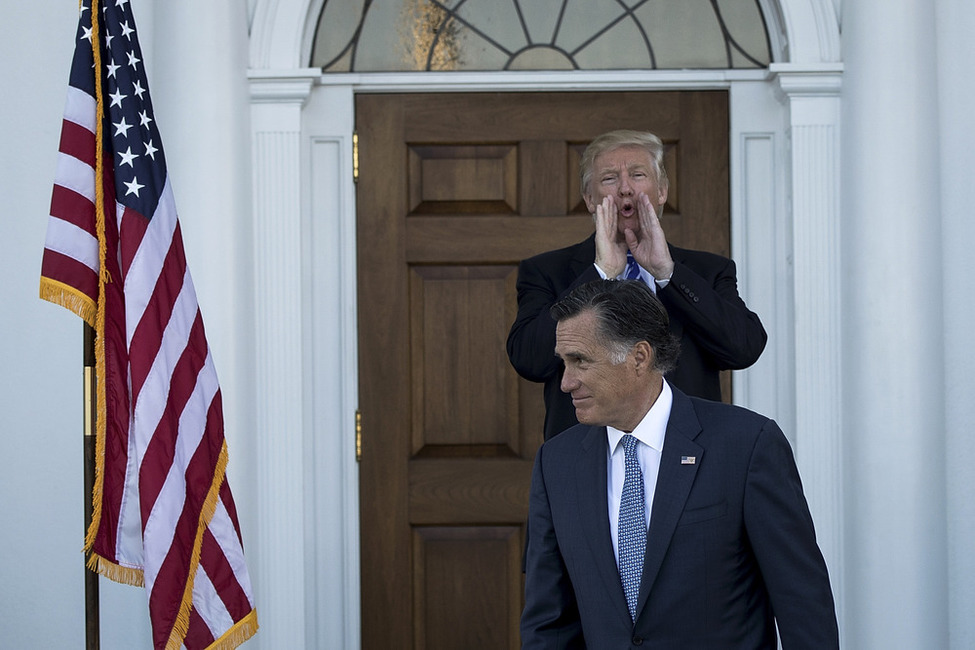 BREAKING NEWS – Salt Lake City, Utah – Mitt Romney could turn out to be the 2020 version of Evan McMullin who ran as a third-party candidate in 2016 claiming to be a conservative alternative to Donald Trump. McMullin failed miserably and even placed third in total votes in his own state of Utah. According to an unnamed source, Trump does not allow Romney in the White House unless the 2012 presidential candidate is delivering pizzas. In this particular photo, Trump is seen yelling at Romney “loser”, after the senator entered the building empty handed, and was seen sheepishly walking out, en route to Domino’s to pick up a cheese, sausage, and pepperoni combo.