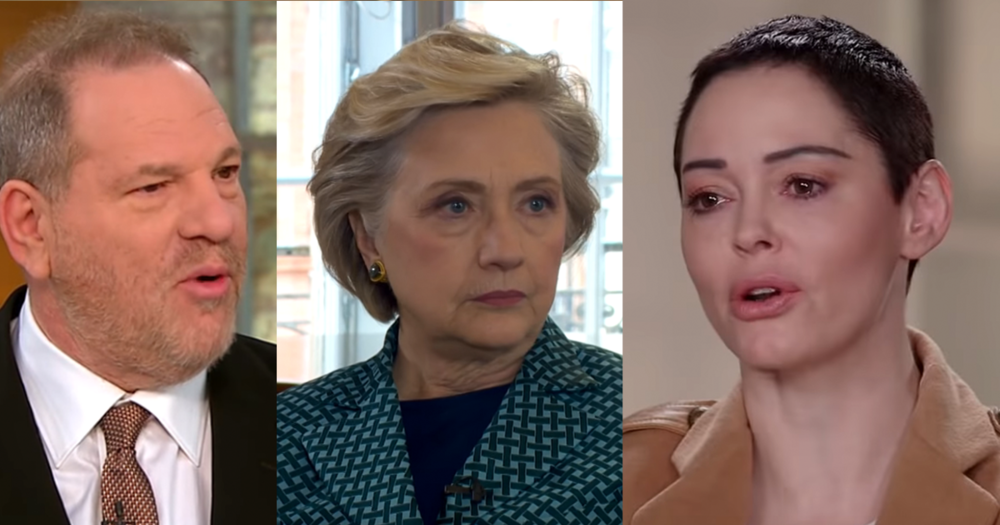 BREAKING NEWS – Los Angeles, California – Rose McGowan called out Hillary Clinton over a report that Clinton’s publicist told journalist Ronan Farrow that his investigation into Harvey Weinstein’s alleged history of sexual misconduct was “a concern” for the Clinton camp. “I knew that Hillary Clinton’s people, were protecting the Monster,” McGowan wrote, referring to Weinstein. “I can’t believe I used to support her. I guess predators are her style.” Weinstein tried to leverage his relationship with Clinton to put pressure on journalist Ronan Farrow, according to a report. The former First Lady responded to the explosive allegations from his book. “I was not trying to protect Weinsten,” she began. “I just believe that Weinstein’s so-called victims just like Bill’s, are and were a bunch of cry babies, that aren’t emotionally strong enough to deal with intimidating coerced sex. And now people want to blame both men for the lack of maturity of their victims? I think not! These ladies need to either psychologically toughen up, or run away faster from perceived predators!”