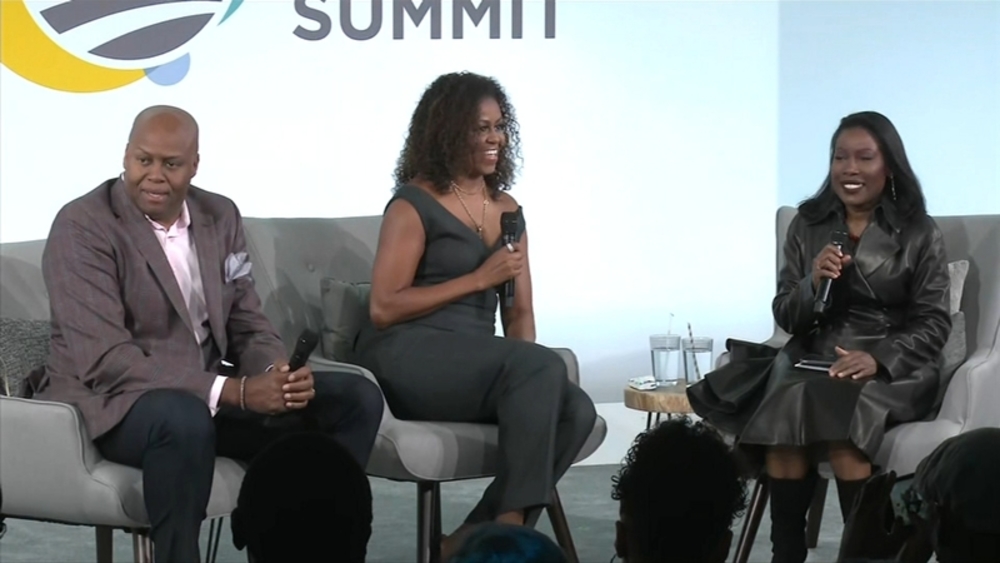 BREAKING NEWS – Chicago, Illinois – White Americans are “still running” elsewhere when minorities and immigrants move into their communities, Michelle Obama stated at the Obama Foundation Summit, held at the Illinois Institute of Technology in Chicago. In a sit-down interview with journalist Isabel Wilkerson, in which Obama was accompanied by her brother, Craig Robinson, an executive with the NBA’s New York Knicks, Obama described when she first became conscious of what’s been called “white flight.” The former first lady expanded further. “When whites move out, property is not maintained, and property values drop dramatically. And because so man whites have left so much of this city, is the reason why Chicago is so raggedy.” A black person in the audience stood up and asked Obama, “Are you saying that blacks will only maintain their property as long as they have some white neighbors?” The former first lady responded without hesitation. “Yes that’s absolutely true,” she then paused. “Uh, I mean… uh… what I meant to say was… well, why did you ask me that?” She then whispered something into Wilkerson’s ear, and the host stood up and shouted, “Would security please aggressively escort that Trump-supporting Uncle Tom outta this building! And per Michelle Obama’s request, we also want her last few comments stricken from the record!”