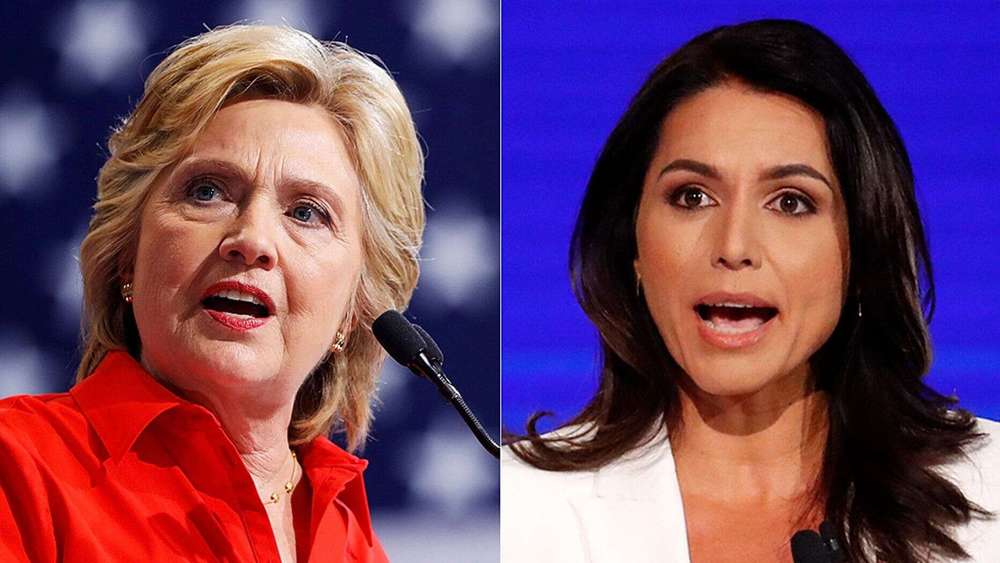 BREAKING NEWS – Washington, D.C. – Rep. Tulsi Gabbard, D-Hawaii, penned an op-ed on expressly refuting claims by former presidential candidate Hillary Clinton that she is “favorite of the Russians” planning to run as a spoiler candidate to help reelect President Trump. In the Wall Street Journal piece, Gabbard writes that she is running for president “to undo Mrs. Clinton’s failed legacy.” She adds that after she decided to endorse Sen. Bernie Sanders, I-Vt., over Clinton in 2016, Clinton never forgave the slight. “The smears have been nonstop ever since,” Gabbard writes. Hillary Clinton responded to Gabbard’s WSJ opinion piece. “For her to say that I have something against her, is ridiculous,” Clinton began. “Because if I really had animosity toward her for endorsing Sanders back then, not only would should not be alive today, neither would any person who said any kind things about Gabbard during her eulogy.”