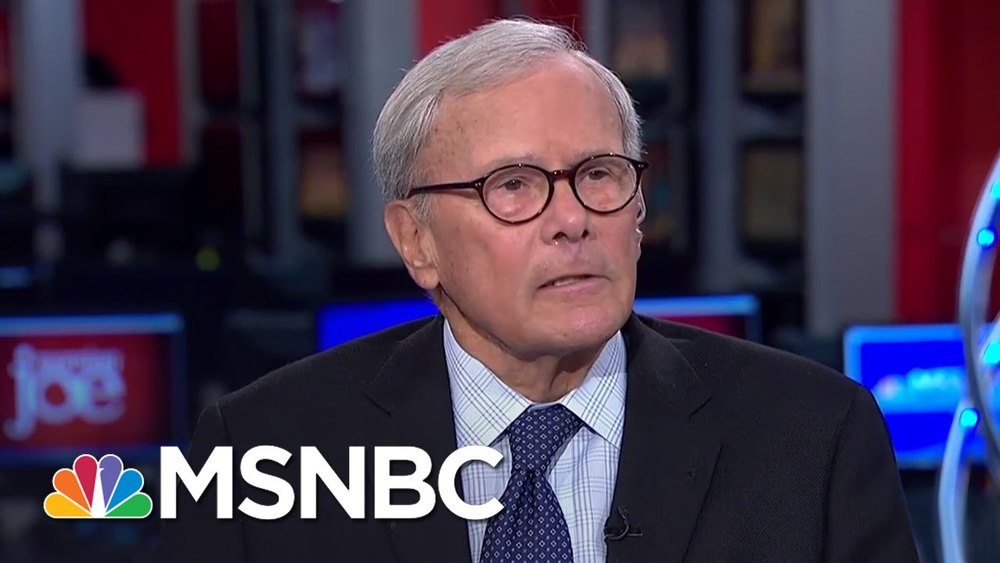 BREAKING NEWS – New York City, New York – Former NBC anchor Tom Brokaw said that Democrats don’t have “the goods” on President Trump in their impeachment push the way they did during the Watergate investigation that led to former President Nixon’s resignation in 1974. Brokaw told MSNBC’s Andrea Mitchell that House Democrats “don’t have the same kind of clarity” that Congress did during Watergate “because it was so clear that these were criminal acts he was involved in.” Mitchell concurred that there’s no evidence yet on par with Nixon’s Oval Office tapes that showed Nixon was involved in the Watergate coverup. The tapes were considered a “smoking gun” in the investigation. MSNBC President Phil Griffin was so angry that Brokaw and Mitchell didn’t condemn President Trump for a variety of alleged crimes, that he sent them a memo which read “If you two washed up old fossils ever again air a similar opinion, the next time you’ll be on this network, you’ll be broadcasting from the game room in a nursing home!”