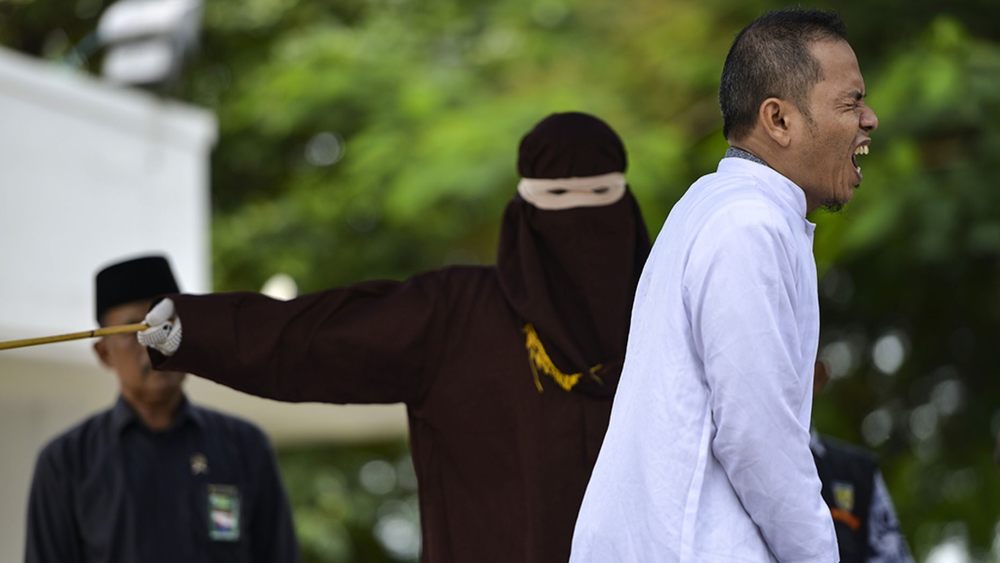 BREAKING NEWS – Aceh, Indonesia – An Indonesian man who helped draft the country’s strict adultery laws – which includes public flogging – was caught having an affair with a married woman and fell victim to the laws he created. Mukhlis bin Muhammad, 46, was apparently caught by officials in September having sex with an unnamed married woman in a car parked near a tourist beach, the BBC reported. He was caned 28 times in Aech, a semi-autonomous province on the northwest tip of Sumatra Island that still practices strict Sharia law. Mukhlis’ attorney said his client would’ve been better off if he committed adultery in the United States, because America will never embrace the same law, due to the fact that the amount of wood necessary for the millions of beatings, could easily destroy all of the nation’s forests in less than a year.