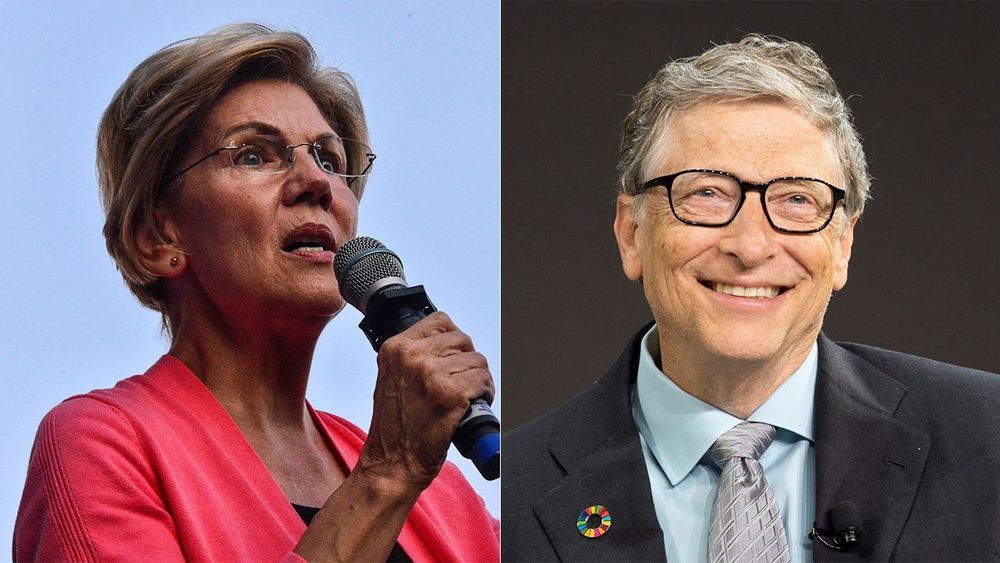 BREAKING NEWS – Seattle, Washington, – Massachusetts Sen. Elizabeth Warren, who is eyeing the Democratic Party’s nomination in 2020, may not have a fan in Microsoft co-founder Bill Gates. The senator, who has made no secret that she believes the richest people in the country have far too much wealth, has proposed a wealth tax as a means of breaking up concentrated fortunes. And while Gates is in favor of raising taxes in a variety of ways, he does not necessarily share the view that billionaires should not exist at all. “Maybe I’m just too biased to think that if you create a company that’s super-valuable, that at least some part of that, you should be able to have – a little bit for consumption, and hopefully the balance to do philanthropic things,” he said during a New York Times/DealBook conference. “I also think her brain is both ‘micro’ and ‘soft’, plus I have an issue with her having a hairstyle that’s is so similar to mine.”