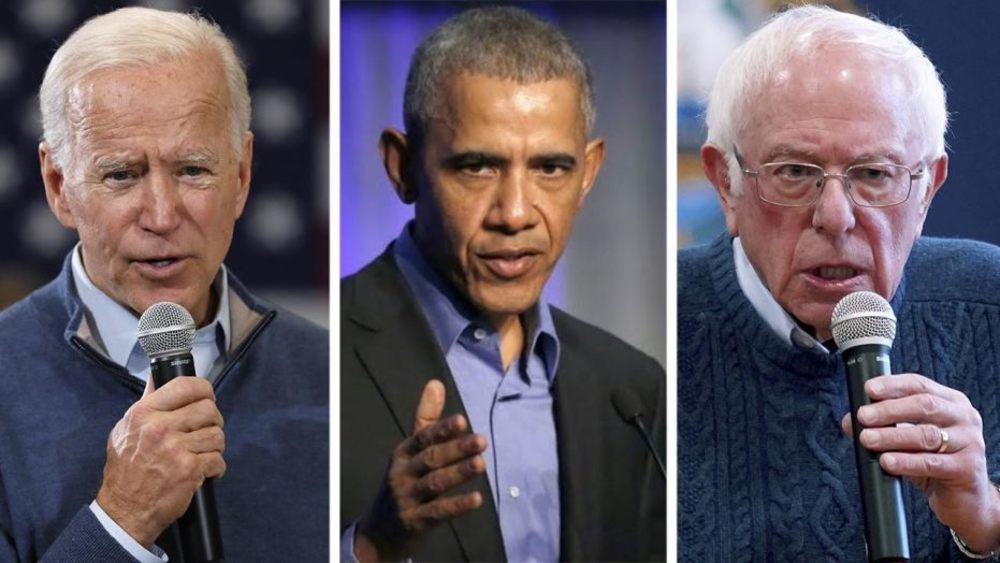 BREAKING NEWS – Washington, D.C. – Former President Barack Obama once warned he would intervene to stop Sen. Bernie Sanders, I-Vt., from winning the Democratic presidential nomination, according to a new report. Politico Magazine  sheds light on Obama’s personal views of the jam-packed primary field, including Joe Biden. The former president has largely stayed on the sidelines to date, refraining from any endorsements though he has issued general warnings to the party to avoid calls for radical upheaval in their policy pitches. “Back when Sanders seemed like more of a threat than he does now, Obama said privately that if Bernie were running away with the nomination, Obama would speak up to stop him,” the report says. Politico Magazine also reported that Obama finds Sanders accent “irritating” and “he turns the sound down on the tv anytime the Vermont Senator speaks because it makes him want to kick a hole in the screen.” As far as his opinion of Biden, he referred to him as “an empty headed doofus that unknowingly kept the White House staff laughing at his perpetual stupidity”.