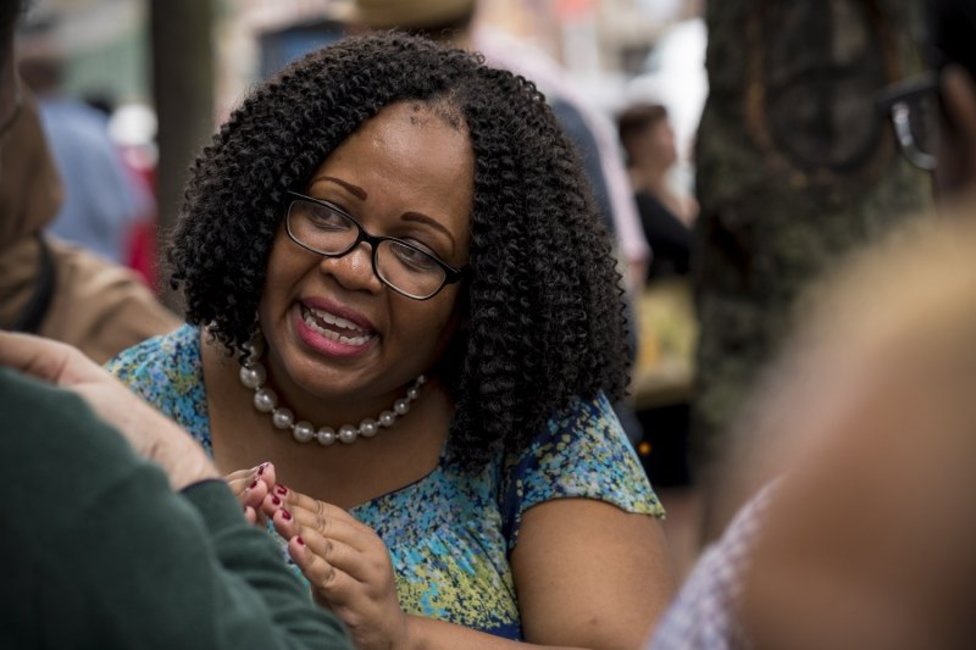 BREAKING NEWS – New York City, New York – Assemblywoman Mathylde Frontus (D-Brooklyn) tried to land $100,000 for the Southern Brooklyn Community Think Tank, which she promised to set up days after her November 2018 election to “change the face of politics” in the area, a group that doesn’t exist, The Post has learned. She never filed paperwork with state or federal authorities to establish the group — despite asking Assembly Speaker Carl Heastie for the funding, which he refused. “How do you ask for $100,000 in funding for a group that doesn’t exist and asume it’s OK?” said one Brooklyn legislator. “This request reeks of corruption and raises many legal and ethical questions.” Frontus responded by saying, “What I would’ve done if I got the money would’ve actually benefited Heastie. Because after he realized that he gave me cash for a bogus think tank… he would ‘think’.”