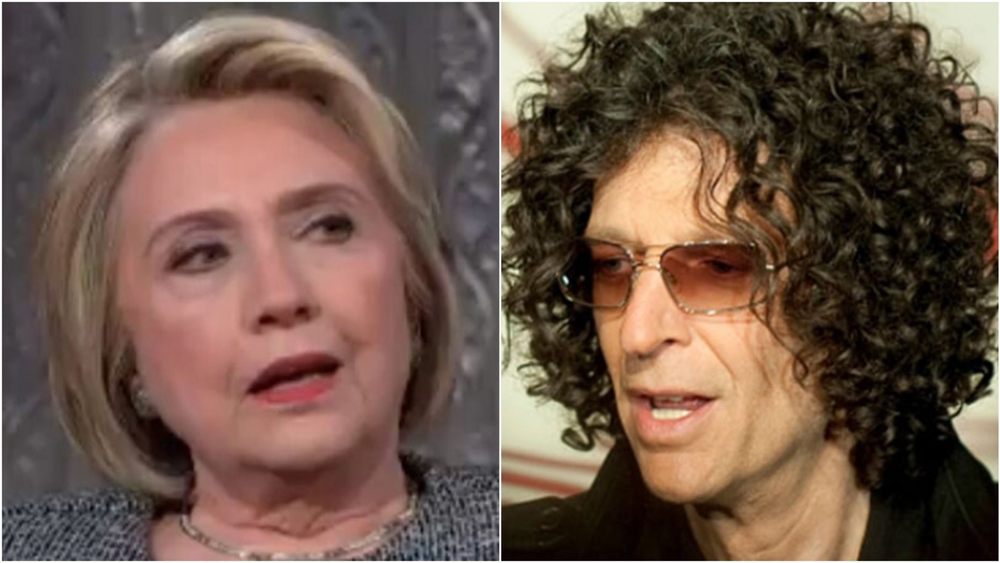 BREAKING NEWS – New York City, New York – Hillary Clinton sat down for an interview with shock jock Howard Stern. So, perhaps predictably, the conversation strayed to some unusual topics. At one point, for example, Stern asked the former secretary of state if she had ever engaged in a “lesbian affair.”

“Never, never, never!” Clinton quickly answered, according to the Washington Times. “Never even been tempted, thank you very much.”

“Well, contrary to what you might hear,” Clinton had said earlier, “I actually like men.” She added that prior to dating Bill Clinton, she never seemed to have trouble attracting male admirers.

“If you were ever single again would you start dating,” Stern asked her.

“No, for two reasons,” she answered. “The first one is, I think I’m too old to be dating. And the second is, if I was dating someone and the guy I was involved with dumped me without cause, I think I would be the first person the police will question after my ex-boyfriend dies in a ‘suspicious’ suicide.”