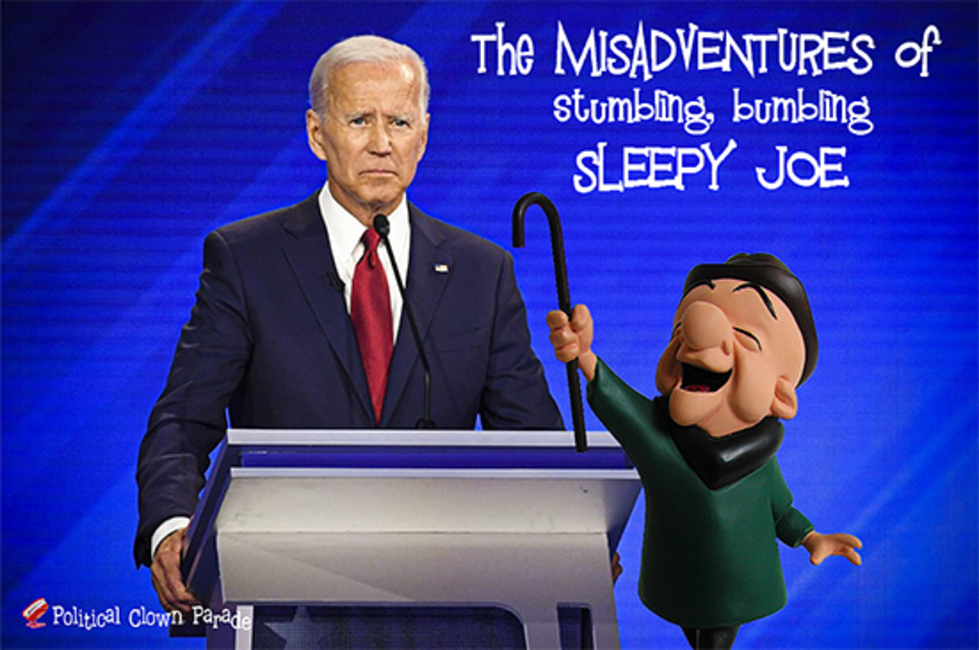 BREAKING NEWS – Washington, D.C. – Joe Biden finally confronts CNN’s, David Axelrod, who was former President Barack Obama’s chief strategist during his campaign. The former vice president took exception to Axelrod referring to him as Mr. Magoo in his last debate performance. His actual comment was when he described the presidential hopeful as “Mr. Magooing his way through this.” Biden was visibly irritated when he said to him, “How dare you compare me to a dimwitted cartoon character!” Axelrod immediately apologized, and then said “I often get Mr. Magoo mixed up with Elmer Fudd.” That seemed to appease Biden as he shook his hand and walked away.